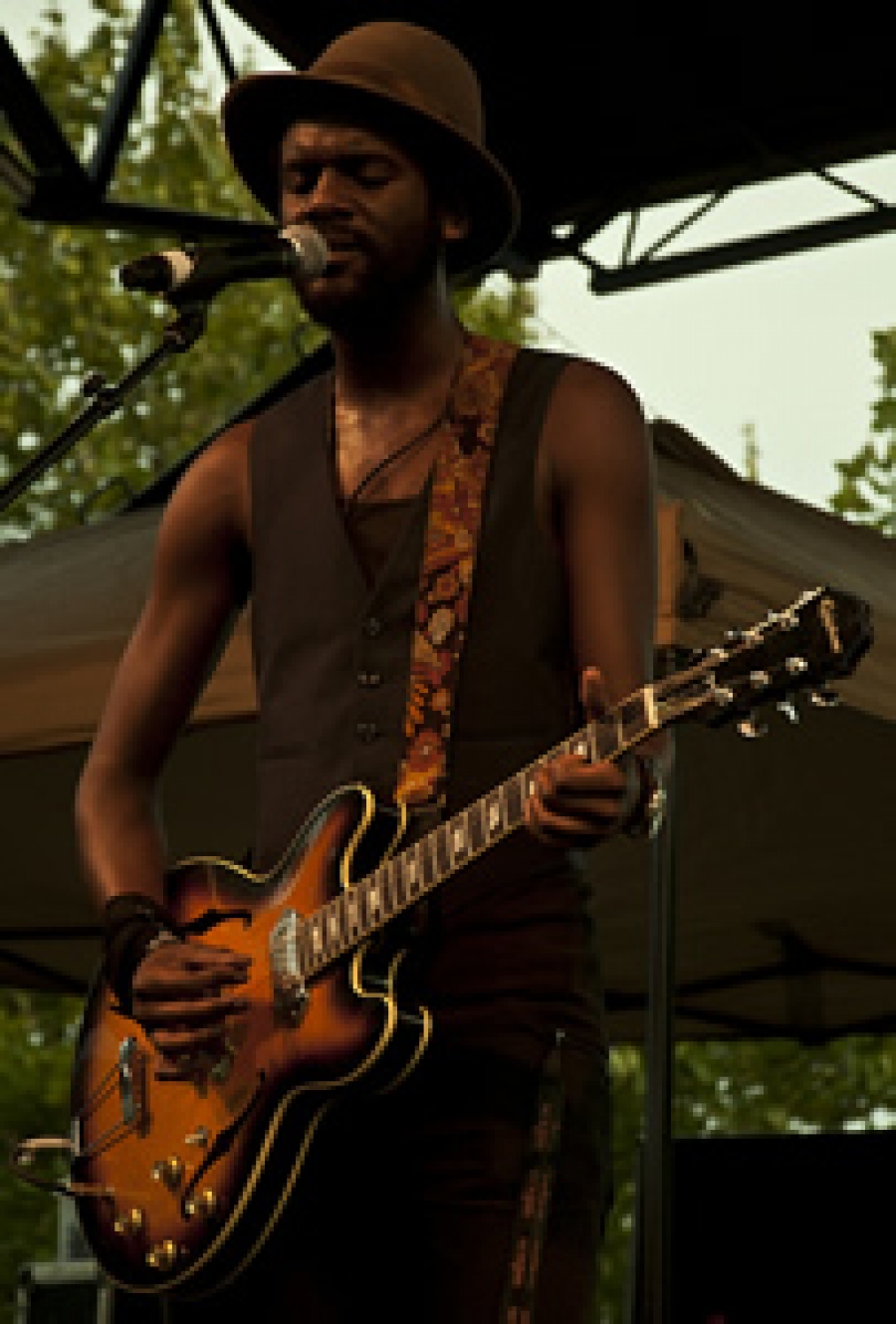 Gary Clark, Jr., impressed a lot of our festival goers this summer. Considered a pioneering guitarist alongside greats such as Jimi Hendrix and Stevie Ray Vaughan, Gary Clark Jr. has raised many eyebrows with his ability to cut through styles of rock, blues, soul and R&B with seamless effort. He's released a number of EPs, and has his major label debut on Warner Brothers, August 9. Dubbed Bright Lights, Clark will have a full-length out in January of 2012.

Clark's story unfolds at the tender young age of 12, when the musical prodigy first began playing guitar. Hailing from Austin, he was quick to take his talent to various small clubs throughout the city before a chance meeting impressed Clifford Antone, the owner of the famous blues club Antone. Atone would partner with Clark, providing him with opportunities to work with musical greats such as Jimmie Vaughn. Since then, he went on to play a number of festivals including Austin City Limits and the 2010 Crossroads Guitar Festival where he played alongside artists such as Eric Clapton, Buddy Guy and B.B. King. With three self-produced albums, he won the Austin Music Award for Best Blues and Electric Guitarist three separate times. Clark's resume continued to grow and before long he was not only an esteemed peer among fellow Austin musicians, but also a beloved performer for a growing fanbase. And with a resume this strong, it's a wonder how Clark manages to fit in some acting and film scoring on the side.

Growing quite the fan base for his unfalteringly dymanic performances, this rocking rising star has a full-length due out on Warner Brothers in January. There are already quite a few fans of Gary Clark Jr. here at XPN, and when Clark plays with Questlove at The Blockley on August 3, opening for Questlove, he's sure to pack the house!