Grace Potter And The Nocturnals - This Is Somewhere - Hollywood 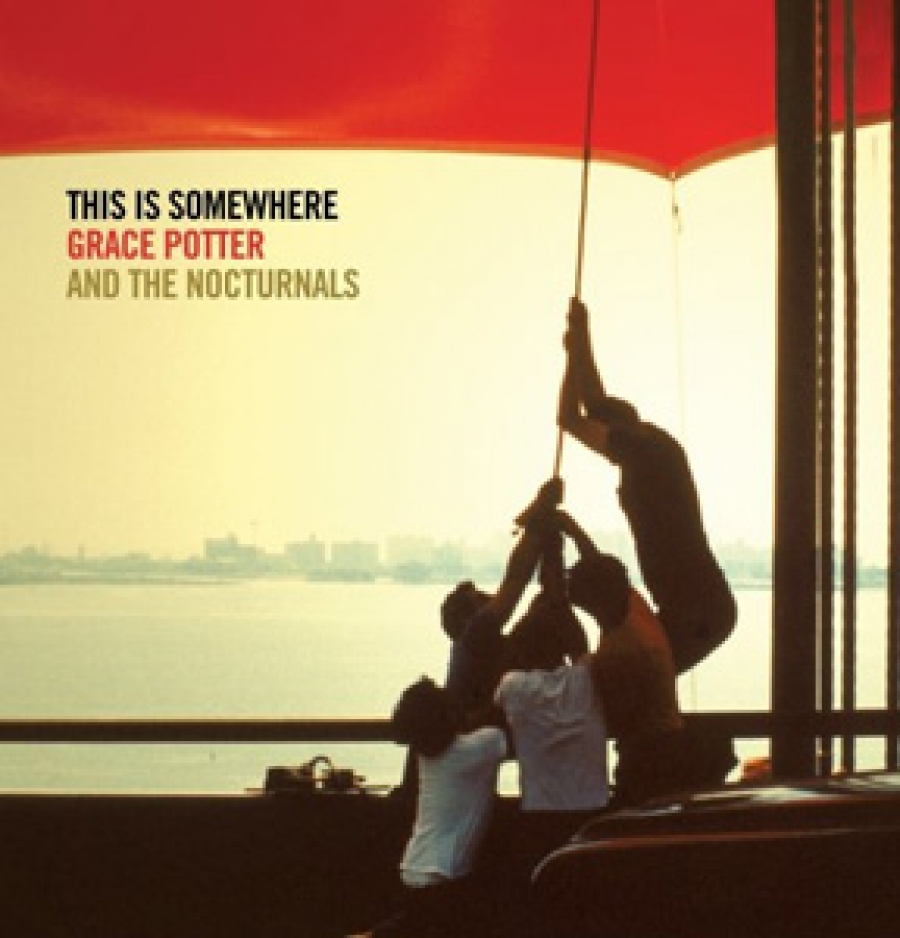 For their second album on the Hollywood label, Grace Potter & The Nocturnals certainly spent a fair amount of time concentrating on their craft. Although This Is Somewhere contains many of the same funky characteristics of the XPN hit 2005 album Nothing But The Water, there's a noticable shift in the songwriting. These new songs have way more to offer than groove. The Vermont-based band has a lot to be proud of this go 'round.

Along with Potter's wonderful, soulful vocals, the Nocturnals secret weapon is guitarist Scott Tournet, who has a great knack for playing just enough, never too much. The understated guitar work is on display on tracks like "Ain't No Time", while Grace shows her talent at balladry on "Big White Gate" and the exceptional, slow-simmering "Apologies," "Stop The Bus" ("...and turn the radio up high," as the lyrics go), is a quintessential GP&TN track, with a funky mid-tempo groove.

Will Grace & the boys overtake the legendary Phish as Vt.'s most valuable musical export? That's still to be determined, but they've already built a loyal fan base and sold a respectable number of albums. This Is Somewhere is the title, and the "somewhere" in question is most certainly on the right track.

More in this category: « Matt Nathanson - Some Mad Hope - Vanguard Interpol - Our Love To Admire - Capitol »
back to top
Site Map | Help & FAQs | Privacy | Contact | Playlist | Public Inspection File | Public File Help
Copyright 2020 WXPN-FM / The Trustees of The University of Pennsylvania, All Rights Reserved
XPN.org is made possible with the generous support of XPN Members and our Business Sponsors.