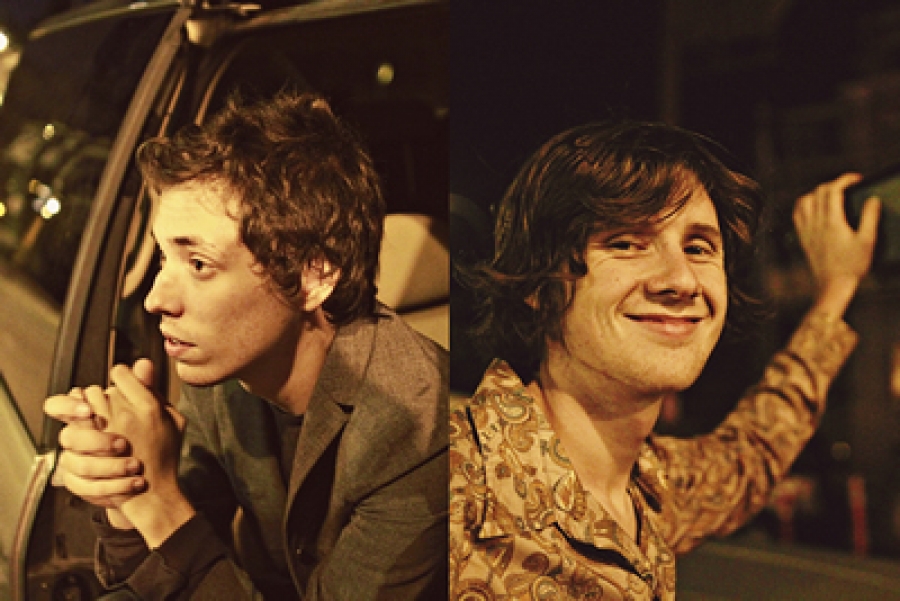 We kick off the new year with the fast-rising experimental pop-rock project of Sam France and Jonathan Rado.

Formed in 2005, Foxygen is an emerging indie rock duo hailing from Los Angeles, now based in New York City. Inspired by various 20th-century legends such as The Beatles, Bob Dylan, and The Clash this duo offers refreshing electronic sounds that flirt well with their powerful acoustic voices. The duo which consists of Sam France (vocals) and Jonathan Rado on guitar/keyboards released their full-length studio album Take the Kids Off Broadway in July 2012. Receiving wide-spread recognition from numerous blogs and music websites, the duo is significantly increasing its popularity in the underground music scene, and their CD was named a Featured Album of the Week on January 21. Following the success of their debut album, France and Rado immediately returned to the studio to record and finalize their second studio album. We Are The 21st Century Ambassadors of Peace & Magic on Jagjaguwar Record, clearly displays the duo’s passion for classic rock and psychedelic music.

After an impressive performance in a Lower East Side club in May 2011, legendary music producer Richard Swift decided to team up with the Foxygen and help the duo create a beautifully composed album. Recording in the legendary National Freedom studio, the duo was able to finalize its musical masterpiece in just four weeks. Proud of their finalized product, the members describe the album tracks as inspirational messages that channel the need for inner-peace. A true emerging duo, Foxygen has been selected as WXPN’s Artist To Watch for January. Recently featured in a World Cafe Session, the band continues receive positive press from the likes of CMJ and other influential music websites. Learn more about featured band Foxygen on WXPN as the emerging duo continues to make waves in the music scene.

Recent Release: We Are The 21st Century Ambassadors of Peace & Magic

More in this category: The Lone Bellow - Artist To Watch - February 2013 »
back to top