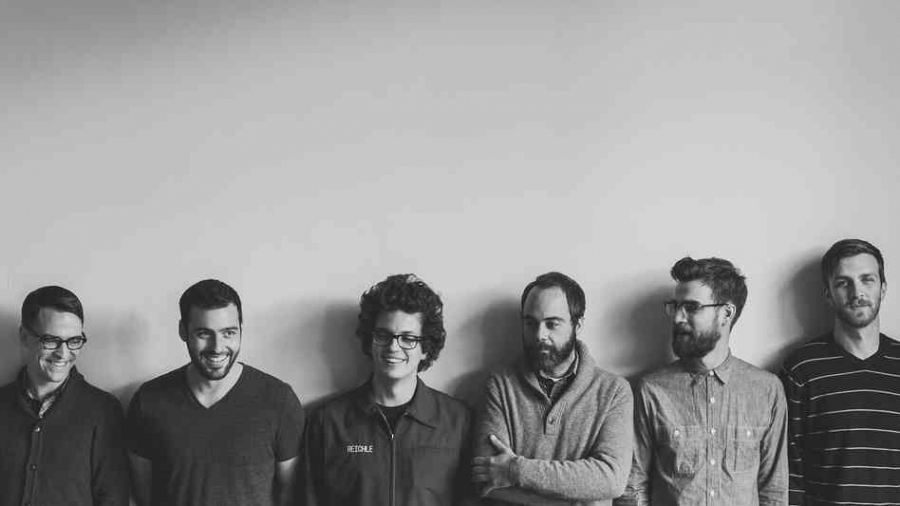 Photo Courtesy of Kyle Johnson
Seattle band Pickwick offers a fresh sound while playing back to traditional rock and soul roots - a sound that is quickly turning this six-piece into a rising star in their local music scene with national success soon to follow. The group's debut full-length album, Can't Talk Medicine, comes out this month and is packed with great new tracks, including one featuring XPN favorite Sharon Van Etten.

With a tongue-twister name like Pickwick, it’s hardly surprising that the band pulled a few tricks and gimmicks to get attention. The group formed in 2008 and began to churn out grungy, catchy neo-soul EPs. In 2011, the group put together a collage album, Myth, based on several EPs and released it, one single at a time, on 7-inch vinyl. Needless to say, news of this anachronistic move spread quickly in the Seattle record store scene, earning local support for the group. Before long, Pickwick had taken to the blogosphere, as well. Recently, they were featured on World Cafe: Next.

On the topic of next, Pickwick has a lot in store this month, including the release of a new album. Their official debut will feature new material and is called Can’t Talk Medicine. The album features Sharon Van Etten, who was our artist to watch in February of last year. Can’t Talk Medicine finds the band sounding more polished, but with the same poppy-retro vibe that they achieved on their EPs and on Myths.


XPN Welcomes Pickwick to Milkboy Philly on Friday, April 26, check out Pickwick and keep an eye out for their album, out March 12.

More in this category: « The Lone Bellow - Artist To Watch - February 2013 Little Green Cars - Artist To Watch - April 2013 »
back to top
Site Map | Help & FAQs | Privacy | Contact | Playlist | Public Inspection File | Public File Help
Copyright 2021 WXPN-FM / The Trustees of The University of Pennsylvania, All Rights Reserved
XPN.org is made possible with the generous support of XPN Members and our Business Sponsors.