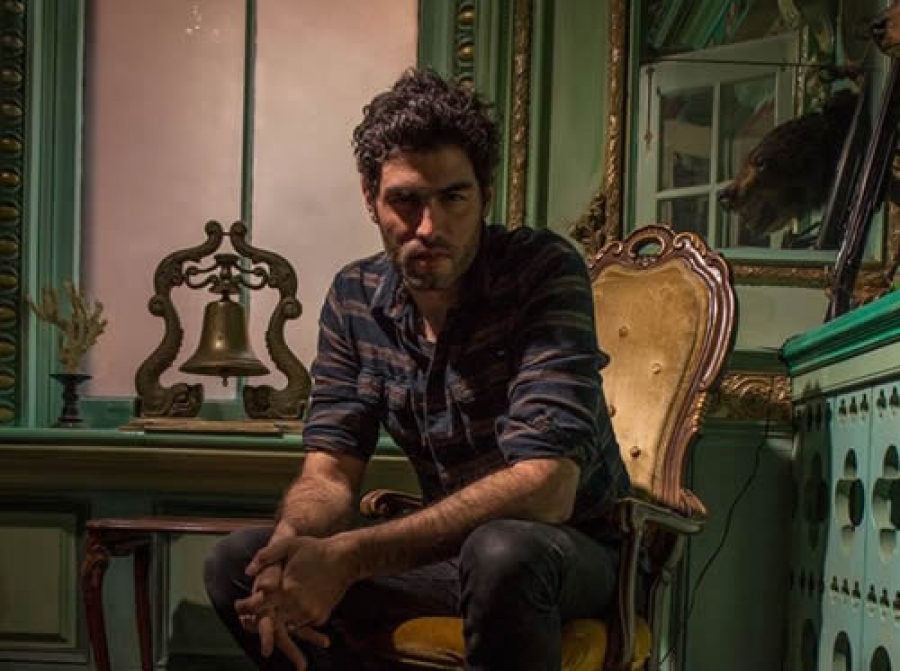 Daughn has an incredibly unique voice and world view and creates songs that seep into your consciousness slowly and satisfyingly.

Hailing from the not-so-distant Carlisle, PA, musician Daughn Gibson has moved from being the drummer for prog-metal band Pearls and Brass to a solo act with a much different flavor. His new music has a distinctively country feel, but with a twist – throw in some electronic loops and bagpipes, and you have Gibson’s intriguing new musical soundscape. His first solo album, All Hell, was released in 2012 to great reviews from Pitchfork, NPR, and WXPN alike, and his exciting follow-up LP Me Moan was just released on Sub Pop Records last month. Daughn was featured as a World Cafe: Next artist, interviewed by David Dye, as well as in a week-long web series on The Key, which included a great interview and a very cool live video from the Primavera Sound Festival. He’s undoubtedly one of the more unique singer-songwriters on the scene today, and his act will be rolling into Philly on August 16 with a live show at Johnny Brenda's.

“Unapologetically twangy and uncannily experimental, the new album is a focused collection of excellent songs with a strong set of not-your-usual story lines.” ~ Bruce Warren

On World Cafe: Next MUST LISTEN TO WORLD CAFE: NEXT
On The Key
Next: Daughn Gibson The singer's new album is a spooky production, filled with both country and electronic influences.