Valerie June - Pushin Against A Stone 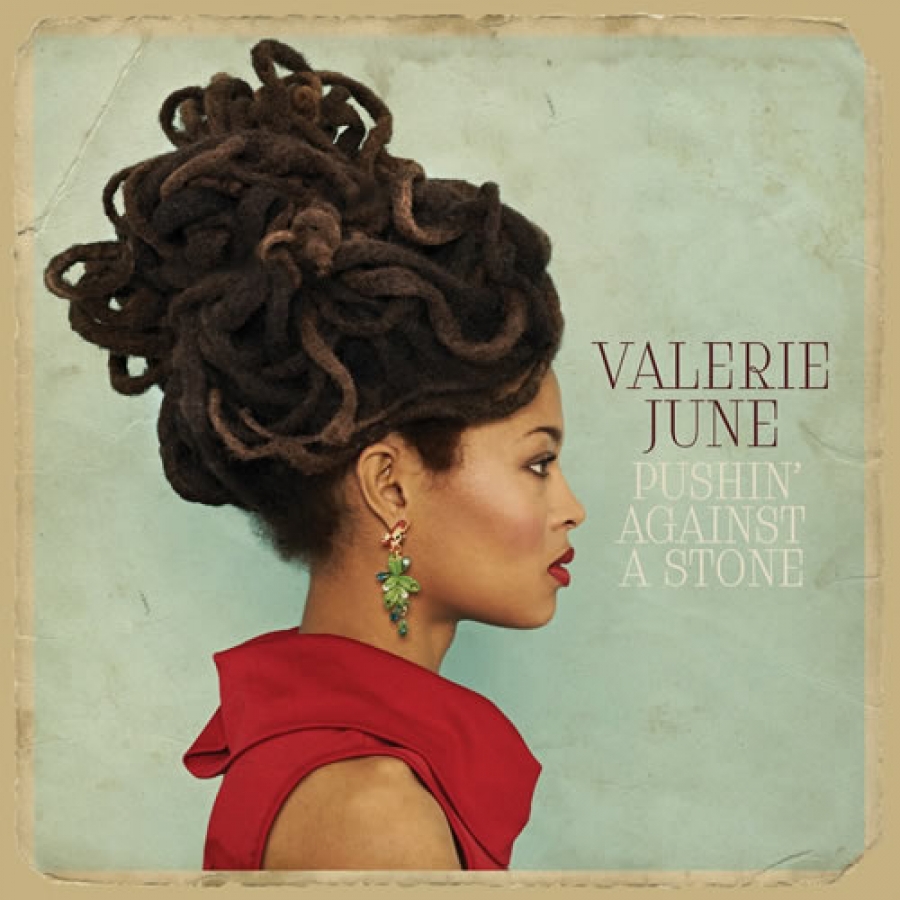 From her distinctive voice, to a vast array of influences, and even her signature dreadlocks there's little about Valerie June that doesn't garner intrigue. From Memphis, Tennessee, June squashes expectations and dismisses genre labels with the release of her first full-length album, Pushin' Against A Stone. June has been working at her craft for some years now, self-releasing 3 EPs and lining up fans that range from Dan Auerbach of the Black Keys to producer/songwriter/musician Richard Swift and even a soul legend like Booker T. Jones. All of these men lend a helping hand on Valerie's debut, which is sure to only broaden her fan base.

Pushin' Against A Stone. is a personalized record with Valerie June offering up her stories, struggles and ambitions for public consumption. It's an honest collection, both in terms of the songs and the music. While you could consider June almost a musical melting pot of sounds, her strengths really reside in her appreciation and dedication to more traditional music, whether it be blues or folk. It's easily recognizable on songs like "Workin' Woman Blues" that starts as a sparse acoustic blues track but unfolds into a hip-shaking, horn-laden jam.

The musical magnet on the album is undoubtedly the collaboration with Auerbach. The Black Keys frontman helped produced Pushin' Against the Stone and his stamp is immediate on the infectious stomp that is "You Can't Be Told." And while moments like that beg you to hit the repeat button, make sure to find your way through Pushin' Against the Stone. Meet June's Appalachian inspiration on the lonesome "Somebody to Love" and listen as she gets sultry on the hypnotic "Wanna Be On Your Mind."


Another Way to Support WXPN

More in this category: « The Civil Wars - The Civil Wars John Mayer - Paradise Valley »
back to top
Site Map | Help & FAQs | Privacy | Contact | Playlist | Public Inspection File | Public File Help
Copyright 2020 WXPN-FM / The Trustees of The University of Pennsylvania, All Rights Reserved
XPN.org is made possible with the generous support of XPN Members and our Business Sponsors.