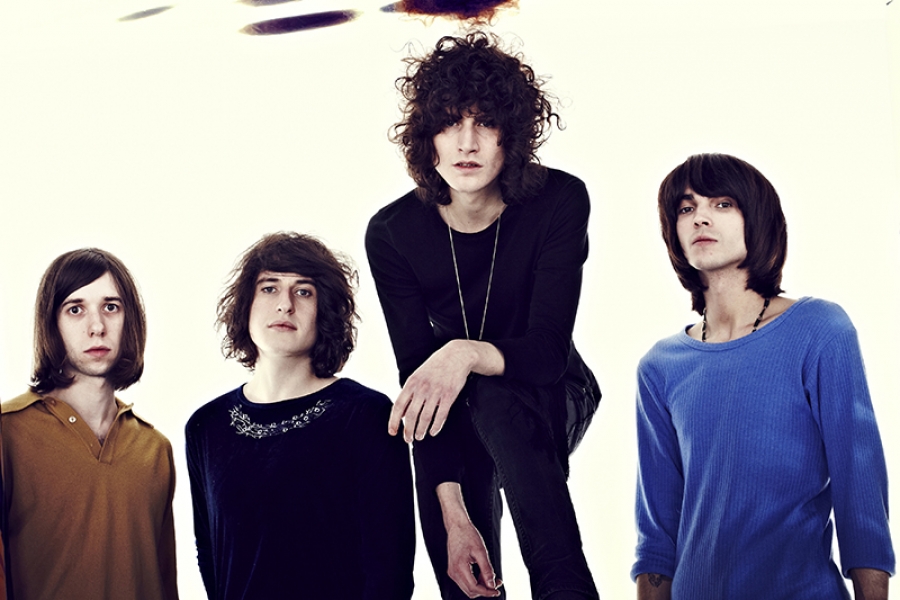 Photo Credit: Ed Miles
The band releases its debut Sun Structures on February 11th and they will be on World Cafe the same day of the band’s record release.
Temples are a jangly, psychedelic rock band from the UK. So far, they’ve gotten a lot of love from the music press and music blog world, but most importantly is our affection for their music. You can file them next to the Byrds, the Strawberry Alarm Clock, Tame Impala and Stone Roses.

Temples have a big Phil Spector-esque Wall of Sound sound that’s heavy on infectious melodies, a big drum sound and glorious guitars. They aren’t doing anything new, but boy oh boy, they’re putting a new, fresh spin on an old psychedelic rock and roll genre with some very crafty songwriting and production.

More in this category: « Lake Street Dive - March 2014 Hozier Artist To Watch - April 2014 »
back to top
Site Map | Help & FAQs | Privacy | Contact | Playlist | Public Inspection File | Public File Help
Copyright 2021 WXPN-FM / The Trustees of The University of Pennsylvania, All Rights Reserved
XPN.org is made possible with the generous support of XPN Members and our Business Sponsors.