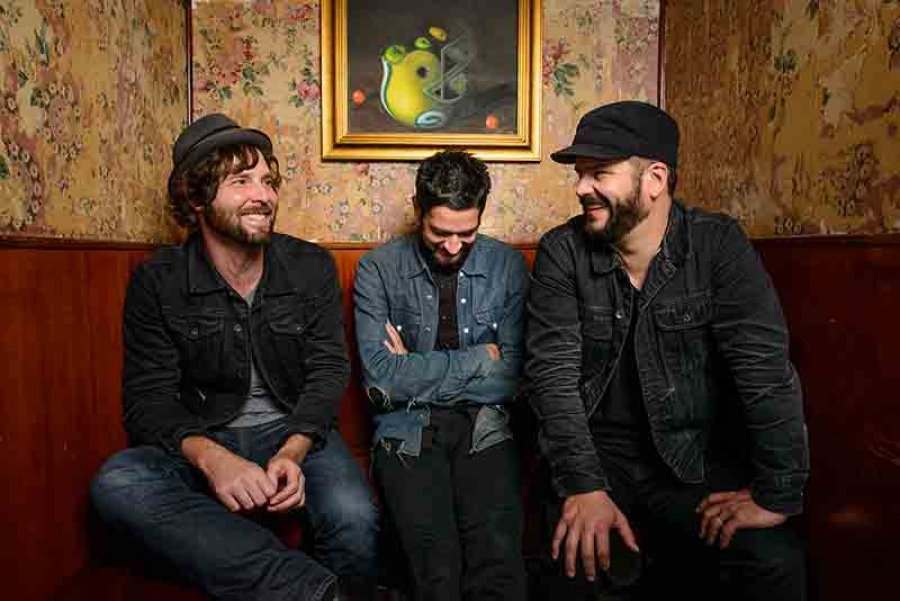 Photo Credit: Jacob Blickenstaff
The Artist To Watch for March is The Record Company
Based in LA, The Record Company is a guitar-bass-drums trio with influences like the Rolling Stones and the Stooges as well as classic bluesmen like John Lee Hooker. Since forming in 2011, they have become known for their raw, honest blues sound. The Record Company features vocalist-guitarist Chris Vos, drummer Marc Cazorla, and bassist Alex Stiff. Stiff gives the band local roots, originally hailing from Wayne, PA. After meeting in California, the musicians began to perform, write and record together in early 2012. Their powerful live shows quickly gained popularity across North America as they toured, playing festivals and opening for acts including B.B. King, Trombone Shorty and Grace Potter. WXPN first featured The Record Company as a “My Morning Download” track, with “Don’t Let Me Get Lonely” from their first EP, Superdead. In February 2016, the trio was featured on David Dye’s World Cafe alongside the release of their first full-length album, Give It Back To You. The Record Company is also confirmed to play at the 2016 XPoNential Music Festival presented by Subaru at Wiggins Park in July.

“Their sound is raw and rootsy,” said Bruce Warren, Assistant General Manager of Programming. “Conjuring the spirits of John Lee Hooker and Morphine, The Record Company showcase their subtle, funky and modern take on the classic blues genre.”

The Record Company were recently featured on World Cafe

Watch The Record Company on VuHuas


Tagged under
More in this category: « Kyle Craft - September 2016 Margo Price - April 2016 »
back to top
Site Map | Help & FAQs | Privacy | Contact | Playlist | Public Inspection File | Public File Help
Copyright 2021 WXPN-FM / The Trustees of The University of Pennsylvania, All Rights Reserved
XPN.org is made possible with the generous support of XPN Members and our Business Sponsors.