Authentic. That's the first word that springs to mind when you encounter Brandi Carlile. From her rootsy bell-clear voice to the palpable emotion that seeps through every song on her stunning debut album, everything about this 23-year-old from rural Washington state is the real deal.

Deeply driven to be an artist, Carlile's life-long love affair with performing began when her musician mother brought her out onstage at the Northwest's version of the Grand Ole Opry. Carlile sang Roseanne Cash's "Tennessee Flat-Top Box". She was 8.

Growing up in the isolated foothills of Ravensdale, 50 miles outside of Seattle, Carlile turned to music for company. "Ravensdale wasn't a town," she says. "We were the only house around for acres and acres. Being in the middle of nowhere, it wasn't the kind of place you brought friends back to. So I just hung around the woods and built forts and played music with my brother and sister. That's all we did. And we thought that's what everyone else in the world did, too."

During those years, Carlile taught herself to sing. "I locked myself in my room when no one was home to see how loud and high I could sing, and how long I could hold a note," she says. "I knew that's what it would take to develop a big, powerful voice." She also figured out how to play the piano - "I wanted to be like Elton John," she remembers - and eventually guitar at age 17.

From then on, Carlile performed everywhere she could. She even took a job as a backup singer for a local Elvis impersonator, an experience she credits with teaching her how to layer vocals and sing harmonies. A few years later, Carlile began to book herself and her band (Seattle natives and twin brothers Tim and Phil Hanseroth) at restaurants around the city - the local chowder house, a popular sports bar and grill, and at any wedding or birthday party that would hire her, just so she could practice.

"I've never had a real job," she says. "I've insisted that I do nothing but play music and not let my head go anywhere else. If that means playing in a smoky bar for three hours, five nights a week, that's fine. It's discipline. It teaches you how to grab your audience, no matter who they are."

Carlile's determination and work ethic paid off in late 2004 when she signed with Columbia Records, home to several of her favorite artists including Bob Dylan, Bruce Springsteen, Jeff Buckley, Leonard Cohen, Janis Joplin, and James Taylor, whom she has shared a stage with. The timeless quality of her debut album for Columbia, Brandi Carlile, is proof of her intention to become a classic artist alongside her labelmates.

The album is a showcase for Carlile's expressive voice, which can turn from a tough, bluesy growl to a vulnerable, aching falsetto on a dime. The catch in her throat before she launches into those alpine high notes is reminiscent of her idol, country singer Patsy Cline.

"Patsy Cline had a really gutsy, powerful voice," she says. "I identify with that. I've gone through all sorts of vocal phases, from pop to blues to R&B, but no matter what I do, I just can't get the country & western out of my voice."

Rather than fight it, Carlile makes good use of the country flavor by juxtaposing it with dark, otherworldly melodies on songs like "Follow" and "Tragedy". Think of a female Roy Orbison or Radiohead's Thom Yorke fronting a roots-rock band and you're not far off. The contrast led Rolling Stone, which named her one of their 10 Artists to Watch in 2005, to declare: "Carlile's ethereal, melancholy ballads have a spare heartache that reflects her love for old-school country - but she loves new-school mopers like Radiohead and Jeff Buckley just as much". Indeed, those artists' influence can be felt on the simple, acoustic strummers "Happy", "Gone" and "Tragedy". Other musical stand-outs include "Throw It All Away" and "Fall Apart Again".

The ten sublime gems on Brandi Carlile were recorded sporadically throughout 2004 in Seattle, some at Carlile's home in bucolic Maple Valley, Washington. "I live in a log cabin and the ceilings are really high, so it sounds great," she says. "We rented a Pro-Tools setup and put it smack in the middle of my living room." Some of the unadorned production comes courtesy of indie-stalwart producer John Goodmanson, who has worked with Sleater-Kinney and Blonde Redhead, and the rest was driven by Carlile and the twins. "We just went in and played the songs," she says. "It interrupted my whole world for weeks, but we made some really good music."

We hear all sorts of influences in your music and voice. Roy Orbison, Jeff Buckley, Thom Yorke. Fair assessment?
Absolutely. I'm a huge fan of all those artists

Describe you relationship with "The Twins."
Very cohesive and inseperable. Great examples: even when we have two rooms we all end up crashing in one. We all sit in the same row of airplane even if there are open seats. We cram into one car seat. We pretty much don't know what to do when we're not hanging out together. I can't get them out of my house when I'm back home

You seem to be such a fan of all sorts of music, but what is your earliest memory of a song or an artist that completely knocked you out?
I always loved Patsy Cline. I first learned how to sing with really early country standards, but when I first heard Elton John, the song "60 Years On," I was completely knocked out. That is when I became a songwriter and not just a singer.

Do you read your own press? How exciting is all of the support been given to you?
Yes, I read it all because I want to make sure I'm being myself, to keep myself honest. The support has been wonderful for both me and my family, and it's been both intimidating and validating at the same time.

Name one album that is in your collection that is absolutely essential to you.
Elton John, Tumbleweed Connection. 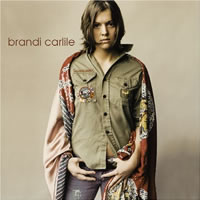 Every artist has "paid her dues" in one way or another, but can you describe one particularly trying experience you've had?
Getting electric shocked tonight during WXPN's live broadcast. During my last two solo acoustic songs tonight I was receiving fairly severe electric shocks. But, actually I've played hundreds of small bars and pubs playing covers. My first real gig playing originals with my band was in somebody's BARN!!! We were going to charge a cover and invite the whole town, but when we got there the cows had busted down the fence and the whole barn and stage were covered with cow dung. Can I say dung here? This is radio? So the whole morning of the show the band and I ended up shoveling cow dung off the stage so we could find a spot to play. TRUE STORY!

How do you and your band pass the time when you're in the van?
We play poker for tummy slaps and underarm pinches.

Is there anything in particular about the Pacific Northwest that informs or influences your music?
Just the landscape alone is a total breeding ground for John Denver/mother nature-child type songs. My whole family lives there. It is the definition of home to me.

Please name one artist that you'd love to open up for.
Radiohead.