Being this month's WXPN Artist To Watch coincides with Boggia's second solo release Safe In Sound due in stores on May 3.

Safe In Sound could be the title of Philadelphia-based singer-songwriter Jim Boggia's life story, not just the name of his bluhammock music debut. As he often likes to explain to reporters, "I've been told that I was singing melodies before I started speaking words, and I started playing the guitar when I was five. I have no conception of a life before music."

Jim's unabashed love for pop music of all sorts - the cool, the classic, the corny - informs his own meticulously constructed, immediately engaging songs. But he's more than just a facile craftsman; his songs are deeper, sometimes darker and more seriously romantic than his pop-trivia playfulness might suggest.

Like his friend and occasional collaborator Aimee Mann, with whom he co-wrote the opening track "Shine," Jim's an exceptionally smart songwriter with an eye and ear for affecting details. "Where's the Party?" a cautionary tale about rock star-style overindulgence that features Mann on background vocals, unfolds with the careful economy of a short story.

In Philadelphia, Jim is already a local hero on the live music scene, thanks to his membership in the ad-hoc super-group 4 Way Street, which consists of Jim and three other city stars: Ben Arnold, Scott Bricklin and Joseph Parsons.

Jim was raised in Michigan on a road with few neighbors and no other kids. At birth, he was declared legally blind in his left eye; over the years, the strength of his right eye has also diminished. That may partially explain why he has such remarkably fine-tuned ears. As a young adult Jim answered a help-wanted ad from Ensoniq, a Philadelphia-based, high-tech studio equipment outfit looking for a customer service rep. He got hired and moved to Pennsylvania, where, for a few years at least, he juggled a day job while looking for songwriting opportunities.

His abilities as a composer and guitarist attracted enough interest that he ultimately chucked the nine-to-five. He hit the road and/or collaborated in the studio with a wide-range of artists, including Canadian rocker Amanda Marshall, indie icon Juliana Hatfield and even Broadway diva Bernadette Peters. He now frequently performs alongside friend and fan Jill Sobule, and has opened for Mann and her husband Michael Penn, who provided an extra pair of discerning ears during Aimee and Jim's songwriting sessions.

While the album was in many ways shaped by his life in Philadelphia, Jim chose to record it in Los Angeles. In the studio, Jim felt free to experiment with any sound-making equipment he could find, from Mellotron, Moog and Optigon to slinkys, megaphones and bouncing basketballs. What he's created with his gizmos, guitars and incredible knack for melody is a collection of 12 tunes - plus one rainstorm and a goofy hidden track - as addictive and enduring as the classics he memorized as a child, a gift from his head to yours.

Who do you prefer - The Beatles or The Stones? Why?
I'm in the Beatles' camp. I'm a song guy first, and while the Stones have a lot of great songs, the Fabs are still at the top of the heap. I'm sure a lot of it has to do with the fact that I was exposed to the Beatles first, and so it might be that I'm a song addict because I was fed a Fab Four diet as a kid. Also, because the Beatles broke up (always a good move creatively for a band), they never got to the point of releasing an album like Dirty Work, or - God help us all - Voodoo Lounge.

But just to show that everything is relative, I like the Stones with Mick Taylor better than the Beatles with Pete Best...

Having said all that, I'm not sure that question is as relevant as it was 20 years ago. What once seemed like a great chasm between them now looks like a tiny crack in the sidewalk.

What song do you wished you'd had written and why?
"Je T'aime... Moi Non Plus" because then I would've been able to take part in that infamous recording session with Jane Birkin, as well as having an equally good time making the demo with Brigitte Bardot. Yeah, I know I just left ninety-some percent of the people reading this scratching their heads, but that's my answer and I'm sticking to it. I'll put the Cliff Notes to these answers up on my website.

What was the first record you ever bought and do your remember the store you bought it at?
I mostly grew up on albums and 45s I was given by my aunts and uncles, or raided from my parents, but the first album I remember buying was Caribou by Elton John, which my mom made me return because it had "The Bitch is Back" on it. I'm not sure if she objected to the language or was just really perceptive that the quality of Elton's songwriting had taken a big nosedive.

I grew up in a really small town, so the store was one of those places that mainly repaired your color TV, but had a small area in the back where they sold records.

You worked with some incredible musicians on the album. Let's start with Emitt Rhodes. How did he get involved with the project and how much of an influence was he on you as a musician?
Emitt's first record, imaginatively titled Emitt Rhodes, was one of those records given to me by one of my aunts or uncles, though now no one claims it. That record had a huge influence in how I turned out as a musician. I met Emitt because a friend of mine who is a recording engineer had worked with him and gave me his number years ago. I just sat on it until after I released Fidelity is the Enemy, when I took the chance and called him and sent him the record, which he liked. Then we started meeting up when I would play shows in LA, and it grew from there. He has an amazing collection of new tunes that Julian Coryell and I are trying to get him into the studio to record. 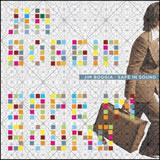 Wayne Kramer of the MC5. How did he get involved with the record?
Wayne is a friend of Jill Sobule's - another great artist that I've been fortunate enough to work with for the last few years and who appears on Safe in Sound. I was working on the album recording a tune called "Underground", which is about Bernadine Dorhn and the Weathermen (more Cliff Notes), and I realized that Wayne could not only add stunning guitar work to the song, but was perfect because of his experience in those times and with those causes. Turns out he's one of the smartest, sweetest guys you'll ever meet.

You yourself are a excellent guitarist, but you also play mellotron and various other instruments. After guitar, what's your favorite instrument to play and why?
To be clear, Kevin Hanson is an excellent guitarist. I'm pretty good at certain things. My favorite instrument besides guitar changes depending on my mood, but I'm really starting to understand keyboard instruments a lot better lately, and I find it really satisfying to be able to work things out that I know I couldn't have done a year ago. If there's a really nice piano around you can't pull me away from it. I love my harmonium and melodica because I'm a big fan of that accordion type sound. I don't know. All instruments are great, except soprano sax playing smooth jazz.

Julian Coryell who co-produced the album is an immensely talented artist, a do-it-yourselfer pop guy like yourself. How did he complement you in the studio and the creative process during the recording of the album?
Julian understood who I was as a songwriter and musician really well and basically did everything possible to give me an open, creative, protected environment to work in. He had some great ideas during pre-production about shaping some of the tunes, as well as finding the right keys for things. He, along with Joe Zook, the other producer, brought in great musicians who were really sympathetic to the songs, and he added beautiful guitar and keyboard parts. But mainly, he gave me confidence in my ideas and made the whole recording experience really low-stress and pleasurable.

What's your favorite Philly food?
I named my publishing company scrApple, because it was a Beatles reference wrapped in a Philly reference, but I've never been brave enough to try the stuff (they should make people eat that on "Fear Factor"). So, I guess that leaves me with the traditional cheesesteak because I'm not sure what else qualifies as Philly food. Sushi wouldn't be an option, would it?

Who is you all-time favorite Philly artist and why?
God, this is the hardest one to answer. I'm a big Todd Rundgren fan, but I love all that Gamble and Huff soul stuff too. And there's a part of me that feels like I should say John Coltrane, but that part of me really wants to say Sun Ra. Chubby Checker thinks I should've said him. Don't believe me? Google "Chubby Checker where's my more money and my more fame". Sadly, the original letter is gone from his site. Um, I think I'm copping out on this one.

What's your favorite waste of time?
Baseball. I love to go to games - particularly day games. I'm happy going with friends or going alone. I like it on TV, I like it on the radio. I like all the things about it that people don't like. I like that it's slow. I like that it's mostly mental, and that the drama mainly happens between pitches when supposedly "nothing's happening." It's the one thing that can completely take my mind off of everything else. OK, there's another thing that takes my mind off of everything else - see answer #2 for clues.

I also really like "You're My Favorite Waste of Time" by Marshall Crenshaw, which was the flip side to "Someday, Someway". That's not what you meant, but that's how my mind works.