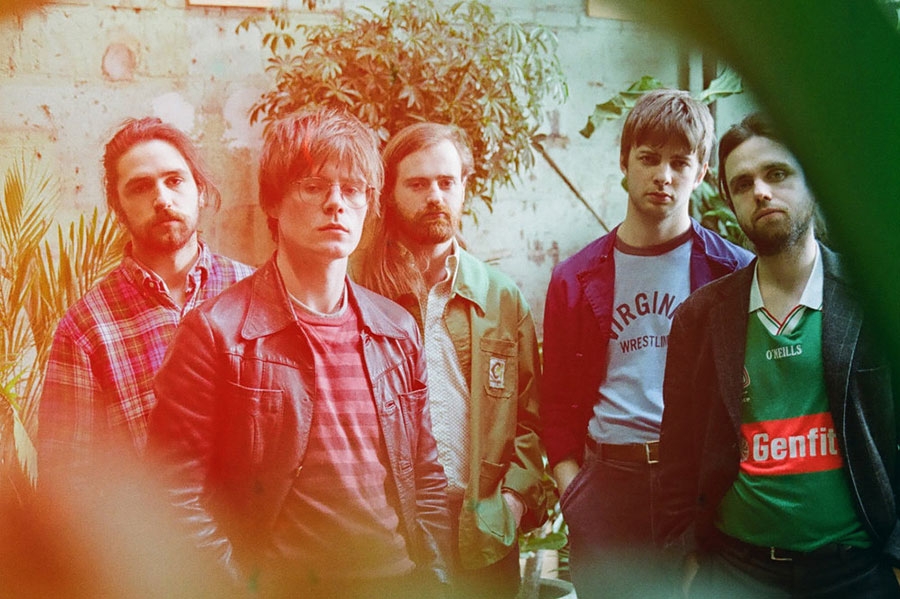 Photo Credit: Daniel Topete
November’s Artist To Watch is the Dublin based rock and roll band, Fontaines D.C.
They formed in 2017 and this past summer (July) released one of the best rock records of the year.

Check out this World Cafe At Home Session we did with the band on NPR Music Live Sessions:here

Back in August Bruce Warren wrote a review of the song we were playing at the time - the album’s title track “A Hero’s Death” - for the World Cafe NPR Music Heavy Rotation feature:

The Dublin-based Fontaines D.C. play rock and roll. The band has swagger, songs with killer hooks, scintillating guitars, high-energy rhythmic drive and a can't-take-your-eyes-off-him frontperson in the form of Grian Chatten, who channels Joy Division's Ian Curtis presence. Musically, Fontaines D.C. captures the smoother edges of British post-punk legends The Fall with forceful — sometimes snarling — angular rock songs. The infectious, galloping drive of "A Hero's Death" is made even more pressing by Chatten's matter-of-fact delivery of prescriptive lyrics, including "Don't get stuck in the past/Say your favourite things at mass," "Never let a clock tell you what you got time for" and the song's lyrical hook, "Life's ain't always empty." A lyrically distant cousin to Radiohead's "Fitter Happier," the urgent drive of "A Hero's Death" is an impressive to call to philosophical action and rock.