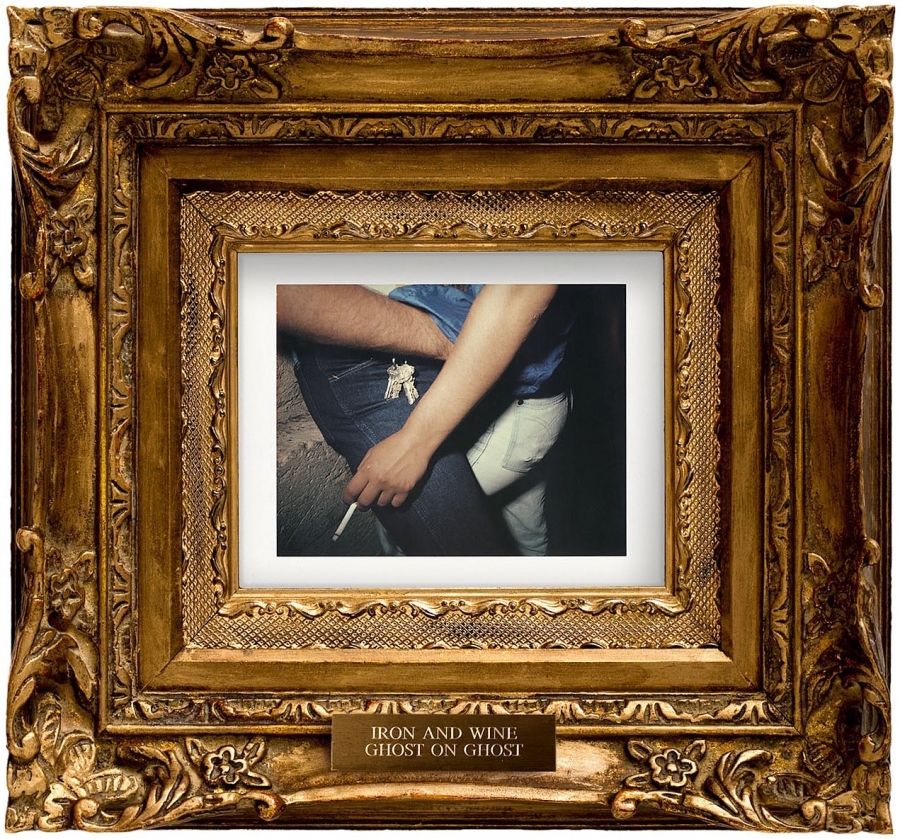 There is a breeziness, a coolness and an ease that casts itself over this collection.

Much is made of the evolution of Sam Beam and his musical endeavors as Iron & Wine.

A career that started over a decade ago as a delicate solo songwriter, Beam has matured into a band leader with robust artistic vision. Ghost on Ghost is the second consecutive album that unfolds as much more of an orchestrated work than any of the early Iron & Wine recordings. Where his last album, Kiss Each Other Clean , may have caught some fans by surprise in its musical reach, Ghost on Ghost confidently steps forward in a collection of songs that are easy to find delightful and joyous.

The tone of Ghost on Ghost is exactly that; joyous. Simply-stated, Beam sounds happy, comfortable and brilliantly adventurous. Similar to Kiss Each Other Clea n, Beam flavors these songs with strings on songs like “The Desert Babbler” and “New Mexico’s No Breeze”. There are funky, horn-laden tunes like “Singers and the Endless Song”. Elements of jazz present themselves on more expansive moments like “Lover’s Revolution.” And Beam shows off his knack for constructing songs that are both wide-reaching and catchy on the album lead-off “Caught in the Briars” and the stream of consciousness single “Grace for Saints and Ramblers.”

Ghost on Ghost really is a wonderful progression. For as orchestrated as these songs are, they never sound complicated or inaccessible. Credit Beam, and his delivery/vision. There is a breeziness, a coolness and an ease that casts itself over this collection. A lot of that personality was there on those early albums from Iron & Wine, it’s a treat to hear what was and what’s becomes from Sam Beam. ~ Mike Vasilikos

More in this category: « Various Artists - The Music is You: A Tribute to John Denver Dawes - Stories Don't End »
back to top