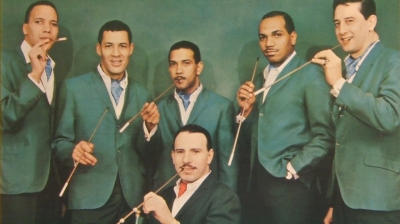 This episode of Latin Roots features Felix Contreras, co-host of Alt.Latino, NPR's online music program about Latin Alternative music. Also a reporter and producer for NPR's Arts Desk, Contreras specializes in jazz, world music and Latino arts and culture. A part-time musician who plays Afro-Cuban percussion in several Latin and jazz bands, Contreras is uniquely qualified to discuss Latin Alternative music. In this episode, he speaks about boogaloo, how it developed and how it impacts Latin music today.

Contreras explains that boogaloo is considered the first Nuyorican music. It developed in the late '50s and early '60s as the result of Puerto Ricans and Cubans listening to both the folk music of their parents' generation and contemporary pop and R&B. Contreras discusses the culturally significant songs "Watermelon Man," "El Watusi" and "The Oohs." He also describes the conflicts within the Latin music community that arose from the boogaloo movement, how boogaloo faded out and how it lives on, in some ways, even today.

Hear Felix Contreras' essential boogaloo playlist on Spotify. And, listen to the session at Latin Roots, the lasting fad of boogaloo, on NPR.org/music.