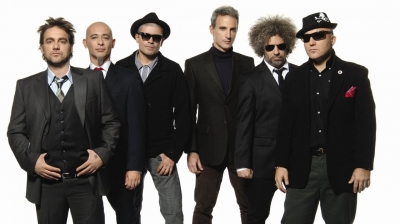 A hefty task for our Latin Roots co-host today Josh Norek: Define the broad swath of Argentine rock with just few bands. But Josh, the co-host of The Latin Alternative, is up to it precisely because he spent time in Buenos Aires as student during a most vibrant period for the music.

In this session he plays a classic from Los Fabulosos Cadillacs who had ska influences in their early work in the 80's. That was at a time when rock in Argentina was moving beyond Anglo imitations, incorporating Latin influences and, as Josh infers, even becoming dangerous.

Also the more indie sound of Babasonicos who formed in the 80s as well but had a new album a Propisito in 2011 and Banda de Turistas putting an Argentine spin on Brit Rock.