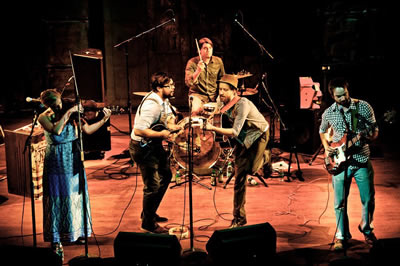 Expect some new material, a modest amount of fiddle and ample hooting and hollering from these folks. Check out what John Vettesse has to say on TheKey.XPN.org, and watch a live performance. 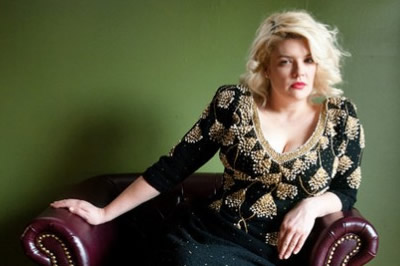 Ali Wadsworth - Philly roots scene vocal powerhouse, Ali Wadsworth, has performed with any number of local acts over the years (Unlikely Cowboy, Fantasy Square Garden, Toy Soldiers). She has stepped out on her own and recorded a solo collection of songs written by her Philadelphia friends. Ali also competed on The Voice last year. You can listen to the collection on TheKey.XPN.org. 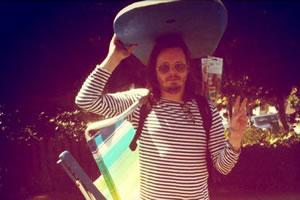 Joey Sweeney & The Long Hair Arkestra - Joey has been writing songs and non-fiction since he was a teenager in the 1980s. Over the years, he has fronted the groups The Barnabys and The Trouble With Sweeney, as well as recording and performing as a solo artist. Meanwhile, he’s also written for a wide array of publications, including Salon.com, Philadelphia Weekly, the Philadelphia Inquirer and his daily perch, Philebrity.com, a cityblog he established in 2004.

His songs and records have received widespread critical acclaim over the years; of his last record with The Trouble With Sweeney, Fishtown Briefcase, Pitchfork said “[Sweeney] mixes autobiography and fiction against the group’s 70s-inflected indie pop, resourceful— and unabashed— enough to digress into an E Street interlude or an AM-rock guitar coda.” He’s also garnered curse and praise as a writer of prose, having won the AAN Award for Music Criticism and appeared in Best Music Writing 2002. From 2004 through 2010, Sweeney mostly shied from performing and recording, focusing instead on his role as Publisher & Editor of the website Philebrity.com. In 2011, however, Sweeney stepped back into his old role of singer-songwriter, this time fronting the rock band Arctic Splash. Joey Sweeney Your Life Is Calling compiles the best of everything before the Splash.

In early 2013, Sweeney went on to record Long Hair, with Grammy award-winning producer Aaron ‘Luis’ Levinson, Lushlife aka Raj Haldar, and others. Long Hair’s release info will be announced shortly.


Funding for the Key Studio Sessions Live is from a grant from the John S. and James L. Knight Foundation, as part of its Knight Arts Challenge.

Your reservation is not a guarantee of entry to the show. In order to account for the “no-shows” at our free concerts, we allow a higher number of people to register for the show than the capacity of the venue allows. Therefore, the concert is “first-come, first-served” for those who have registered in advance. We have almost never had to turn anyone away from a free XPN event, but if it’s important to you to not miss the show then be sure to arrive early!