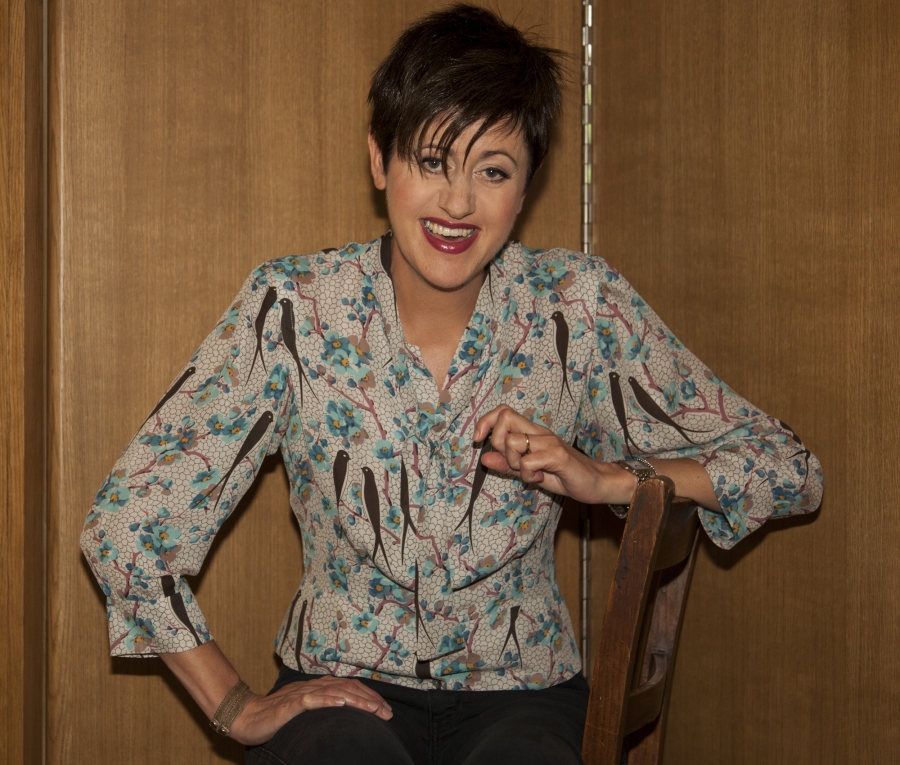 December 24, 2012 - When veteran U.K. singer-songwriter Tracey Thorn decided to put together her own Christmas album — a project she'd been pursuing for several years — she opted for a slightly less traditional approach. The Everything but the Girl singer's new album, Tinsel and Lights, has only one very familiar holiday tune, "Have Yourself a Merry Little Christmas." The rest of the record is a mix of Thorn's original work and traditional songs that, while still written in the holiday spirit, aren't as well-known as the songs we hear in every shopping mall throughout the season.


Among Thorn's original material on Tinsel and Lights is "Joy," which isn't quite as cheery as your average holiday tune. "Joy" was informed, she says, by the change in perspective we experience as we get older: "This is what Christmas is for — you know, it is kind of there to get you through some of the difficult stuff," she tells World Cafe host David Dye. "And maybe one of the reasons we all get together at Christmas — and we put up lights, and we celebrate this stuff — is precisely because life starts to seem really difficult when you're older."

Thorn performs songs from the new album and recounts the story of its creation with David Dye in this session of World Cafe.

More in this category: « Latin Roots: The Christmas Music Of Latin America The Polyphonic Spree »
back to top
Site Map | Help & FAQs | Privacy | Contact | Playlist | Public Inspection File | Public File Help
Copyright 2020 WXPN-FM / The Trustees of The University of Pennsylvania, All Rights Reserved
XPN.org is made possible with the generous support of XPN Members and our Business Sponsors.