Listen
You are here: World Cafe //   Mumford and Sons 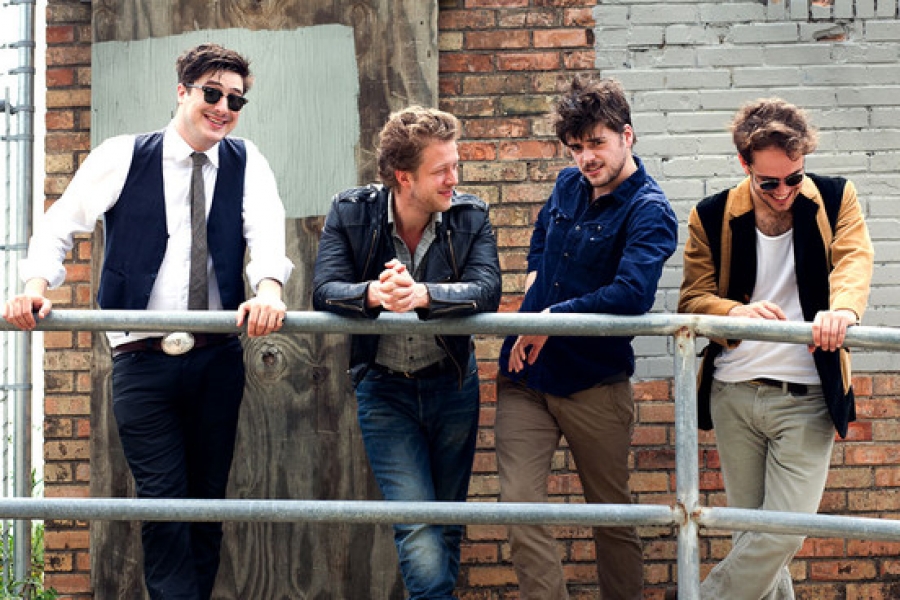 December 31, 2012 - London folk rockers Mumford and Sons made a splash on the indie music scene with their 2009 debut album Say No More. The album combines the raspy crooning vocals of lead singer Marcus Mumford with lush harmonies and thoughtful lyrics in songs that range from soft and soothing to rocking, toe-tapping tunes.
The band received critical success for Say No More in 2010 before breaking through to mainstream audiences in early 2011 after being nominated for two Grammy awards and performing at the 2011 ceremony. Since then, the band’s career has skyrocketed and they’ve gone on to headline large concerts and music festivals all over the world. In between their hectic touring schedule the band has made time to work on recording their sophomore album. The band’s much-anticipated (Grammy-Award-Winning), follow-up album, Babel, was released on September 24, 2012!

Set List:
WHISPERS IN THE DARK
LOVER'S EYES
GHOSTS THAT WE KNEW
IF I NEEDED YOU

More in this category: « The Polyphonic Spree The Alabama Shakes »
back to top
Site Map | Help & FAQs | Privacy | Contact | Playlist | Public Inspection File | Public File Help
Copyright 2021 WXPN-FM / The Trustees of The University of Pennsylvania, All Rights Reserved
XPN.org is made possible with the generous support of XPN Members and our Business Sponsors.