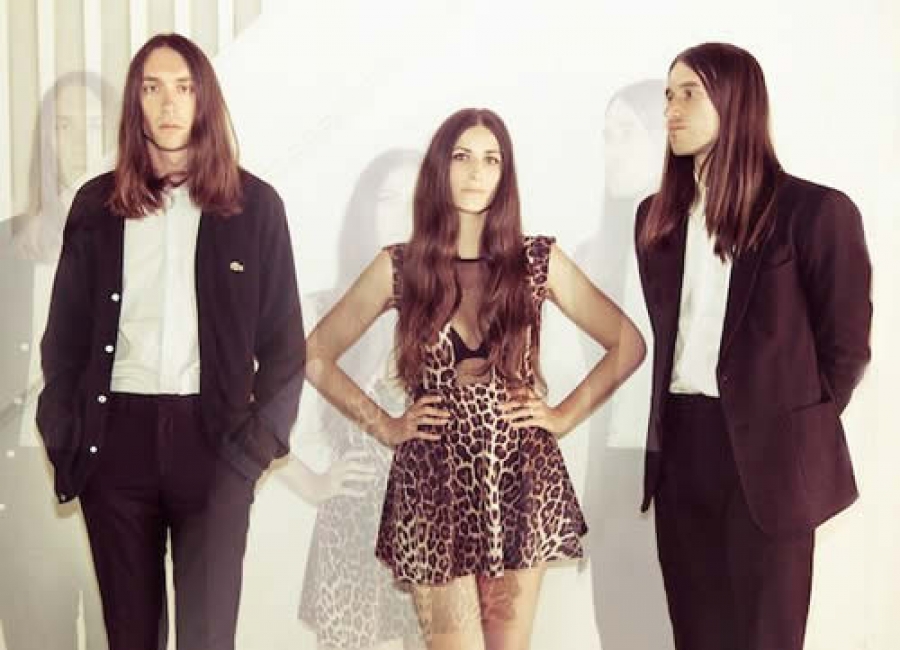 Listening to Richie Follin's project, Guards, it's hard not to mention his older sister, Madeline Follin of Cults - both talented musicians. Beyond literal lineage, Cults and Guards share an aesthetic of revitalized old-school pop. In perfect little brother form, though, Guards is a bit edgier, a little grungier and eclectic in a way that people with cool older siblings just are. Musically, Richie Follin's 2009 EP felt like Band of Skulls meets Cults, or perhaps The Love Language meets The Black Keys. It was a solid first effort that garnered critical attention and praise.

This month brings In Guards We Trust, Follin's first full album under the Guards moniker; it showcases a sound that's been fleshed out and cleaned up since the release of an EP in 2009. The first single, "Ready to Go," has a bright quality that was absent in 2009. "Coming True" recalls Richie Follin's minimalist, retro calling card, but with a maturity that comes from three-plus years between releases and significant time spent touring as a guitarist with Cults.

Listen to Guards' members discuss their sound and play a few tracks from the album, live from the World Cafe.

This session originally aired on February 5, 2013.

Session Setlist
NOT SUPPOSED TO
READY TO GO
SILVER LINING

More in this category: « Sense Of Place Melbourne: Oh Pep! Sense Of Place Melbourne: Loose Tooth »
back to top
Site Map | Help & FAQs | Privacy | Contact | Playlist | Public Inspection File | Public File Help
Copyright 2020 WXPN-FM / The Trustees of The University of Pennsylvania, All Rights Reserved
XPN.org is made possible with the generous support of XPN Members and our Business Sponsors.