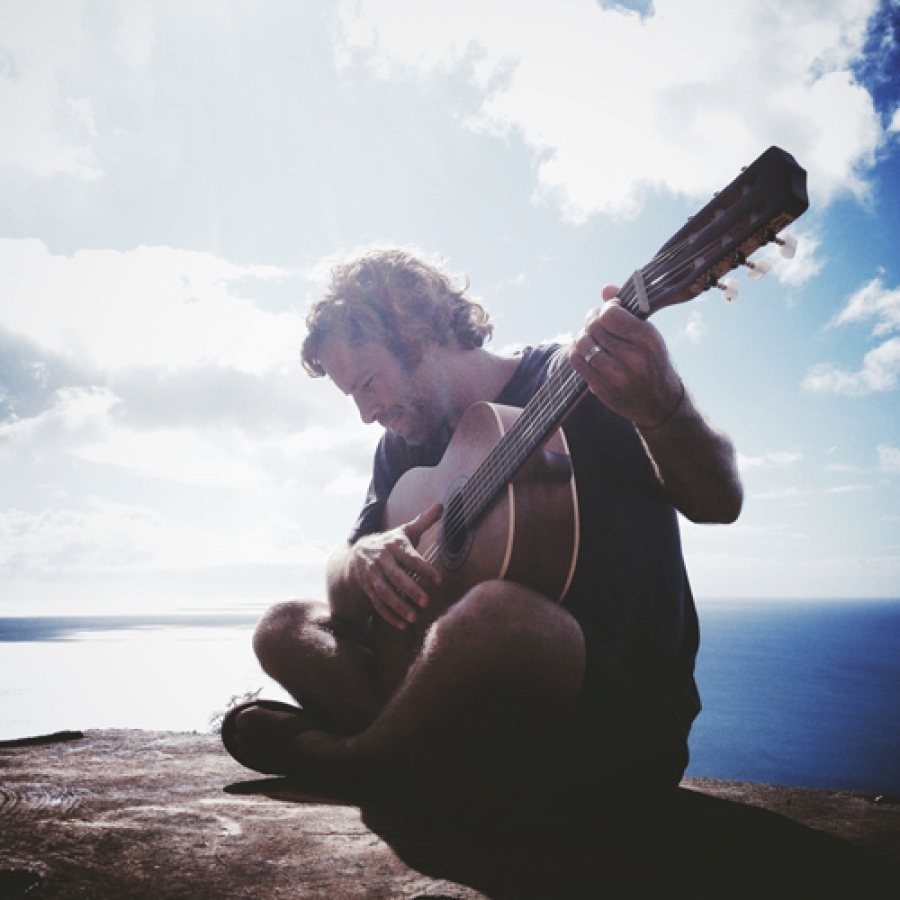 Jack Johnson Spreads The Mellow Vibe All The Way From Hawaii

He recently released his 6th album of easy-going, mostly acoustic songs that have helped him develop an arena-sized following. His Hawaiian surfer lifestyle is pretty attractive as well. His new album is called From Here To Now To You. The album is a return to the more acoustic setting for Johnson after an album with a few more electric guitars. The easy-going Johnson gives much credit to his wife today and does a couple of songs about their relationship. The singer also discussed his Hawaiian home and the influence of the indigenous slack-key guitar culture.

Jack Johnson is an American folk and pop singer-songwriter originally from Hawaii. Johnson first achieved commercial and critical recognition in 2001, with his debut album, "Brushfire Fairytales". Johnson is known with his gentle tenor, upbeat guitar strumming, and a focus on mellow, positive vibes. His lyrics often encourage listeners to relax and appreciate the simple things. Since 2008, Johnson has donated 100% of the proceeds from his tours to various charities, often one's with an environmental focus. To date, Johnson has released five studio albums and a number of EPs and live albums, as well as a soundtrack to the 2006 movie "Curious George". His sixth studio album, "From Here to Now to You", is due out September 17th.

More in this category: « Phoenix On World Cafe Ani DiFranco On World Cafe »
back to top
Site Map | Help & FAQs | Privacy | Contact | Playlist | Public Inspection File | Public File Help
Copyright 2020 WXPN-FM / The Trustees of The University of Pennsylvania, All Rights Reserved
XPN.org is made possible with the generous support of XPN Members and our Business Sponsors.