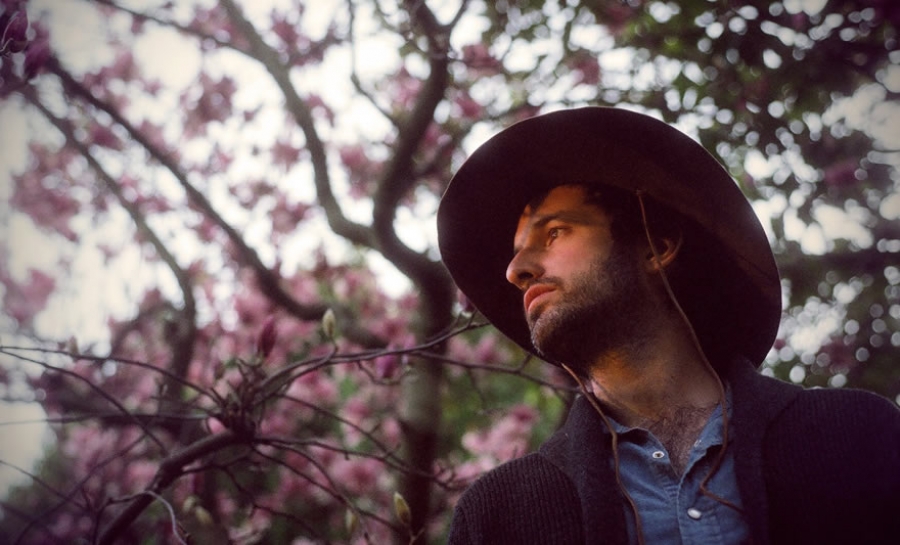 Joachim Cooder is no stranger to collaborations.  Nor is he new to scoring soundtracks.  Yet, Cooder’s newest project combines his past experiences in an expected way.  Son of legendary guitarist Ry Cooder, Joachim’s passion for drums came from watching a band mate of his father’s, Jim Keltner.

Joachim took to the drums early on, and eventually played in the much acclaimed documentary, Buena Vista Social Club.  He also worked behind the scenes, writing for the soundtracks of films such as Lars and the Real Girl.

In a sense, Cooder’s latest project, Love on a Real Train, blends his two passions and started out as a musical score to the sunset outside of his home in L.A. It features collaborations with Matt Costa, Inara George and other members of Cooder’s literal and figurative musical family. Cooder likes it to a soundtrack...without a film. Hear Cooder discuss Love on a Real Train and play live on this World Cafe session.

Set List:
SPACE SHELLS
STRIKE UP YOUR MATCHES
POINTED INTO ZOOM
BEING ALONE

Tagged under
More in this category: « Kent Hartman - The Wrecking Crew Neal Cassal »
back to top
Site Map | Help & FAQs | Privacy | Contact | Playlist | Public Inspection File | Public File Help
Copyright 2021 WXPN-FM / The Trustees of The University of Pennsylvania, All Rights Reserved
XPN.org is made possible with the generous support of XPN Members and our Business Sponsors.