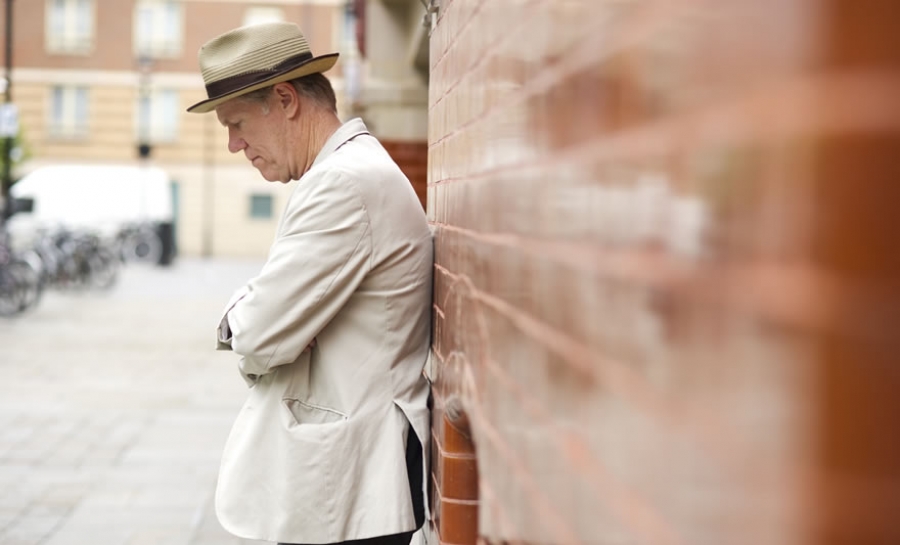 Born in 1946, Louden Wainwright can't really be called over the hill, but he's already got the makings for a great legacy. His children Rufus and Martha are veritable musicians in their own right, and Wainwright's body of work has obviously influenced them.

Within his greater repertoire of songs, movies, plays and dialogues, Wainwright has focused on music since seeing Bob Dylan play at the famous Newport Folk Festival in 1962.

Wainwright wrote his first song after being inspired by an old lobsterman named Edgar in a Rhode Island boatyard. Since then, he's recorded over twenty albums on several different labels. Two of those albums, "I'm Alright" and "More Love Songs" were nominated for Grammys in the '80s. His witty, self-deprecating style mixed with a current of easily understood sentimentality has attracted a large fanbase.  His latest album is a meditation on life, death and family.  The album is, in a way, a family affair.  The title, "Older Than My Old Man Now", alludes to Wainwright's late father, and the record features each of Wainwright's children.

Set List:
OLDER THAN MY OLD MAN NOW
DOUBLE LIFETIME
SOMETHING IS OUT TO GET ME
MAN WITH A DOG IN THE CITY

Tagged under
More in this category: « Sense Of Place, South Africa: Freshlyground Sense Of Place, South Africa: Johnny Clegg »
back to top
Site Map | Help & FAQs | Privacy | Contact | Playlist | Public Inspection File | Public File Help
Copyright 2021 WXPN-FM / The Trustees of The University of Pennsylvania, All Rights Reserved
XPN.org is made possible with the generous support of XPN Members and our Business Sponsors.