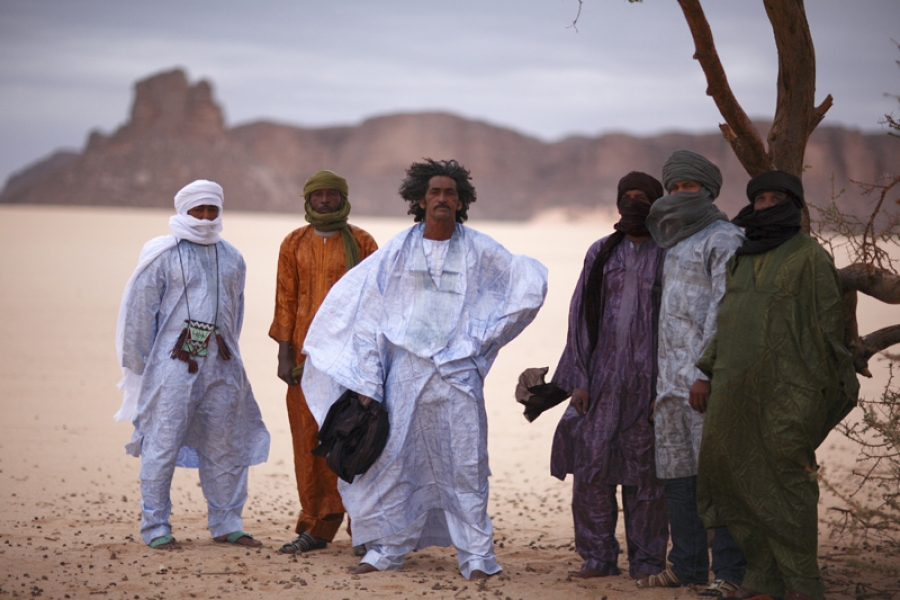 From The Desert of Northern Mali To The Desert In The Western US: Tinarawin

April 2, 2014 - Today we have a couple of sparse, dry, angular and quite beautiful performances from the band Tinariwen. The group, made up of musicians from the Tuareg tribespeople of Northern Mali, have been making music together since 1979. Known for long trance inducing concert performances, their powerful recordings are now getting heard and as revered in the West. Their 2012 album Tassili won a Grammy. Their new album Emmaar, released this year, was recorded in the desert as they have recorded in the past. But this time, due to political strife at home, not in Mali, but in the Western US desert. We'll hear performances from the stage of World Cafe Live.

More in this category: « Beirut Cayucas »
back to top
Site Map | Help & FAQs | Privacy | Contact | Playlist | Public Inspection File | Public File Help
Copyright 2020 WXPN-FM / The Trustees of The University of Pennsylvania, All Rights Reserved
XPN.org is made possible with the generous support of XPN Members and our Business Sponsors.