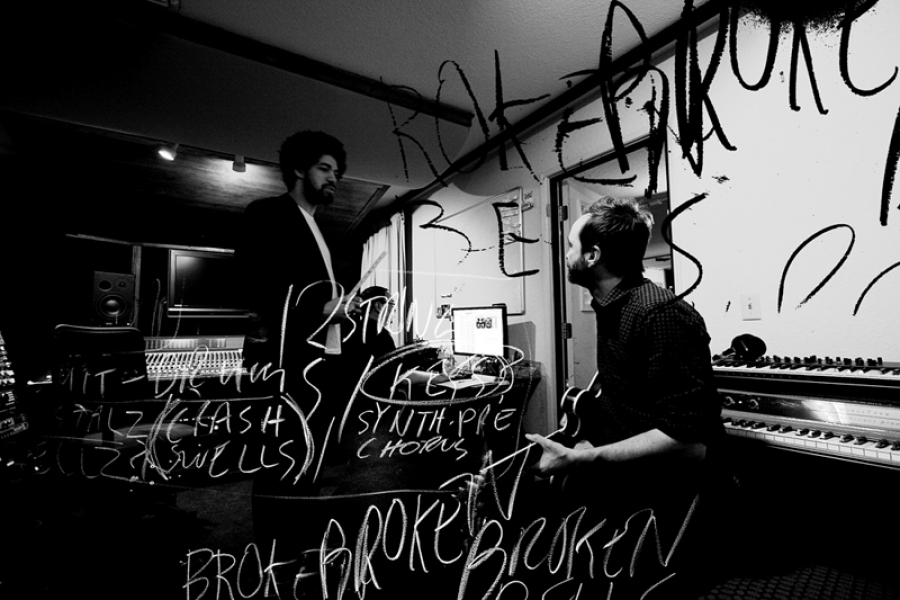 
April 4, 2014 - Extremely happy to have Broken Bells as our guests today. The duo of producer Brian Burton (Danger Mouse) and Shins singer James Mercer met in 2004, put out their first album in 2011 and released their second album After The Disco last year. Danger Mouse, who released two albums with Cee lo Green as Gnarls Barkley, is best known as an in demand producer who most recently worked on the forthcoming Black Keys album Turn Blue and on the yet to be released U2 album.

The two quite obviously love working together and Burton calls Broken Bells his main project. We’ll find out how “Holding On For Life” ended up with a Bee Gee’s falsetto and the pair discuss how they have been surprised by how many disco questions despite the sound of that song and the new album’s name. We have some stellar live recordings from the band's current tour.

HOLDING ON FOR LIFE
ANGEL AND THE FOOL
AFTER THE DISCO
Recent Release:After the Disco [Import]
Release Date:February 11, 2014
Label:Imports

More in this category: « Cayucas Dirty Projectors »
back to top
Site Map | Help & FAQs | Privacy | Contact | Playlist | Public Inspection File | Public File Help
Copyright 2021 WXPN-FM / The Trustees of The University of Pennsylvania, All Rights Reserved
XPN.org is made possible with the generous support of XPN Members and our Business Sponsors.