Listen
You are here: World Cafe //   Fountains of Wayne 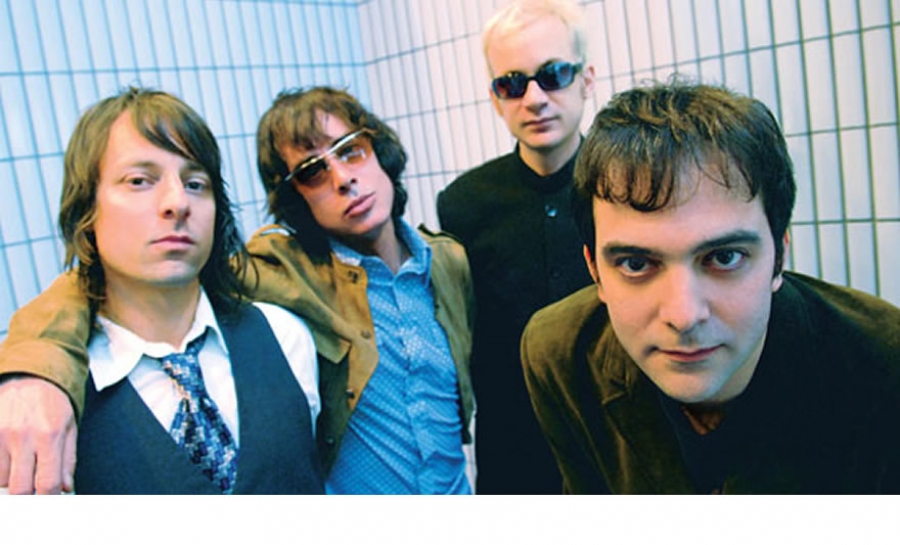 Fountains of Wayne crafts catchy pop/rock songs with an edge of cynicism and snark.

The band's first two albums were more critically than commercially successful, but all of that changed in 2003, when their song "Stacy's Mom" took the charts by storm.  Despite the single being on their third album, Fountains of Wayne received a Best New Artist Grammy nomination, as well as Best Vocal Performance for the hit single.

Fountains of Wayne takes their name from a Lawn Ornament store in Wayne, NJ, a town close to where founding member Adam Schlesinger grew up. The band was formed in the mid-90s and released two albums on Atlantic Records. Schlesinger won an Oscar nomination for the theme song to "That Thing You Do" around the same time as they toured the world with the likes of The Smashing Pumpkins and the Lemonheads. The band took a short hiatus before reuniting to record a song for the Ray Davies tribute album. A year or so later they released the certified gold record Welcome Interstate Managers which not only featured "Stacy's Mom", but "All Kinds of Time" a song used in promoting the NFL Network. Since 2003, the band has released four more albums, three studio and one B-sides. Their latest, "Sky Full of Holes", came out just this past August.

"Sky Full of Holes" follows a string of festival performances (including Hardly Strict Bluegrass), and was released in Japan, Europe, and the US. It's a dark album in comparison to older FoW material, but it's still keeping FoW squarely in the pop genre. Full of plenty of spunk, some folk, but also sad moments, the catchy melodies and well-thought-out hooks of "Sky Full of Holes" are carefully put together. As reviewed in the LA Times, "It’s a remarkably consistent album, full of snappy arrangements, surprising chord changes and tasteful instrumentation". It's clear that FoW didn't lose its edge when the spotlight found this band.

Hear them play live from the World Cafe, including songs from their new album, Sky Full of Holes.

Tagged under
More in this category: « World Cafe Nashville: Liz Cooper And The Stampede Jukebox The Ghost On World Cafe »
back to top
Site Map | Help & FAQs | Privacy | Contact | Playlist | Public Inspection File | Public File Help
Copyright 2020 WXPN-FM / The Trustees of The University of Pennsylvania, All Rights Reserved
XPN.org is made possible with the generous support of XPN Members and our Business Sponsors.