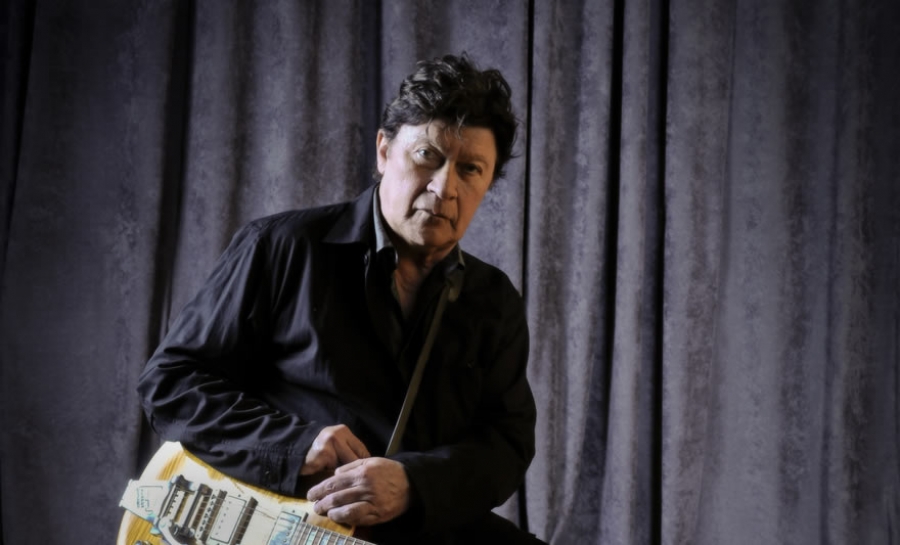 As the guitarist and principle songwriter for folk legends The Band, Robbie Robertson has already cemented himself as one of rock music’s all time greats.

He's been listed as one of Rolling Stone's 100 Greatest Guitarists of All Time, and The Band has been inducted into the Rock and Roll Hall of Fame as well as the Canadian Music Hall of Fame. Over the years, Robertson has released fourteen albums with The Band (including four with Bob Dylan), and five acclaimed solo albums--including his latest, "How to Become Clairvoyant".

With his new solo release, Robertson shows audiences once again that he is still an incredibly gifted and intriguing musician. On "How to Become a Clairvoyant", Robertson looks frequently to rock music’s ancestry, wondering at what point the genre he so loves lost its youthful idealism--and bringing some of it back. Featuring guest work by musical luminaries as Eric Clapton, Steve Winwood, Trent Reznor, Robert Randolph, Tom Morello and Angela McCluskey, "How to Become a Clairvoyant" includes sprinklings of piano, a steady, pulsing bass, weaving pedal steel guitar, and expert guitar interplay between Robertson and his friends. At once both reflective and urgent, Robertso's music covers a wide range of subjects, from spirituality to '60s nostalgia. No matter the subject matter, one thing is certain: Robbie Robertson is as talented as ever.

Hear Robbie Robertson talk about what he misses about the 60s and the youth antiwar movement whose concept of unity is reflected in his song, "The Night was Young."

Recent Release: How to Become a Clairvoyant

More in this category: « Caitlin Rose Tedeschi Trucks Band »
back to top
Site Map | Help & FAQs | Privacy | Contact | Playlist | Public Inspection File | Public File Help
Copyright 2020 WXPN-FM / The Trustees of The University of Pennsylvania, All Rights Reserved
XPN.org is made possible with the generous support of XPN Members and our Business Sponsors.