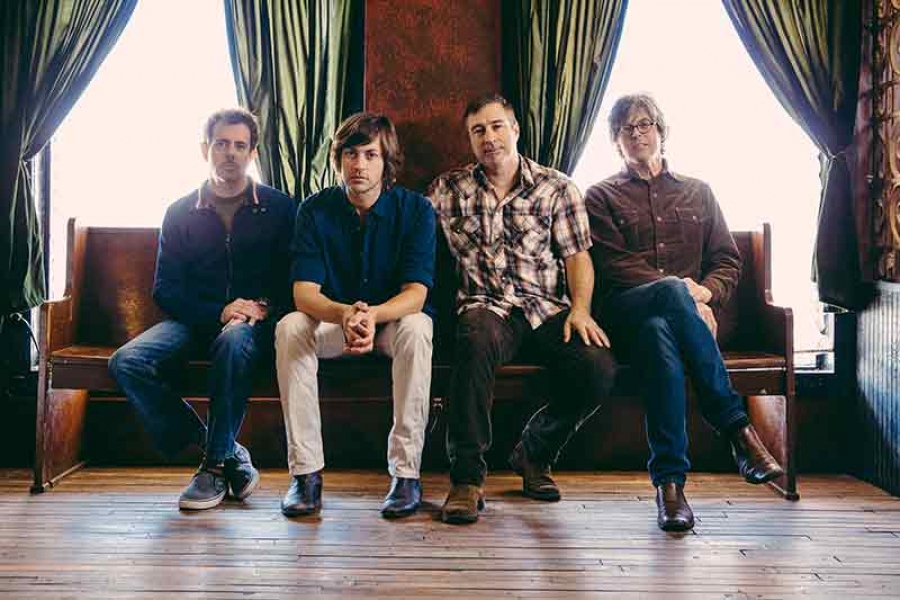 
May 28, 2014 - A special session with Old 97's today for a couple of reasons. First of all, the band that formed in Dallas, Texas (Rhett Miller, Murry Hammond, Ken Bethea, Philip Peeples) have been together a little over 20 years. Plus they have a new album called Most Messed Up. That album hearkens back to the almost out-of-control spirit of early albums like Too Far To Care. Lead singer Rhett Miller has written a kind of “History of The Old 97’s” song called “Longer Than You’ve Been Alive” that has him fully embracing his rock and roll lifestyle. Rhett tells us: “I think a lot of the people that do what we do for a living you worry all the time about how am I doing, what’s next. But something clicked for me where I just stopped worrying about it and I’m happy to be where I am. And part of that is liberating and makes it okay to step up and say okay I’m just going to sing about this crazy life.” One thing is certain, it is a fun rocking session. Listen, you can hear Rhett sweat.

More in this category: « JD McPherson Has The Ugly Sweater Blues Old 97's Show Love For The Holidays »
back to top
Site Map | Help & FAQs | Privacy | Contact | Playlist | Public Inspection File | Public File Help
Copyright 2021 WXPN-FM / The Trustees of The University of Pennsylvania, All Rights Reserved
XPN.org is made possible with the generous support of XPN Members and our Business Sponsors.