Listen
You are here: World Cafe //   Against Me! - Encore 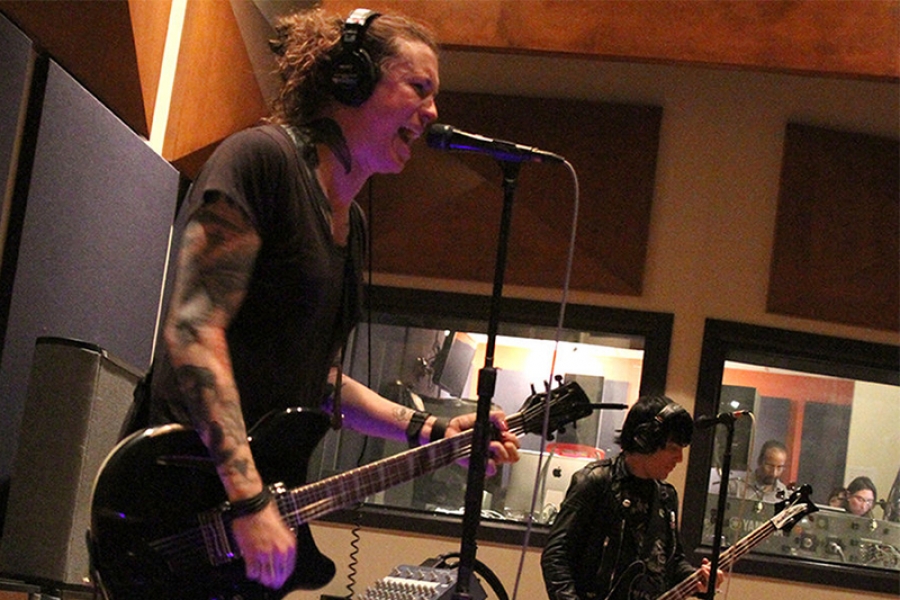 World Cafe goes Punk Rock with Against Me!


The punk band formed in Florida in 2002 as part of the hardcore scene and often employed political lyrics in its songwriting. The group's new album, Transgender Dysphoria Blues, explores lead singer Laura Jane Grace's experience with gender dysphoria throughout her life. On this installment of World Cafe, Against Me! plays songs from the record, and Grace discusses how her fans and bandmates reacted to her transition.

More in this category: « Pillows Queens Makes Spirited Pop Punk The Chieftains Shares Sounds Of Ireland With The World »
back to top
Site Map | Help & FAQs | Privacy | Contact | Playlist | Public Inspection File | Public File Help
Copyright 2020 WXPN-FM / The Trustees of The University of Pennsylvania, All Rights Reserved
XPN.org is made possible with the generous support of XPN Members and our Business Sponsors.