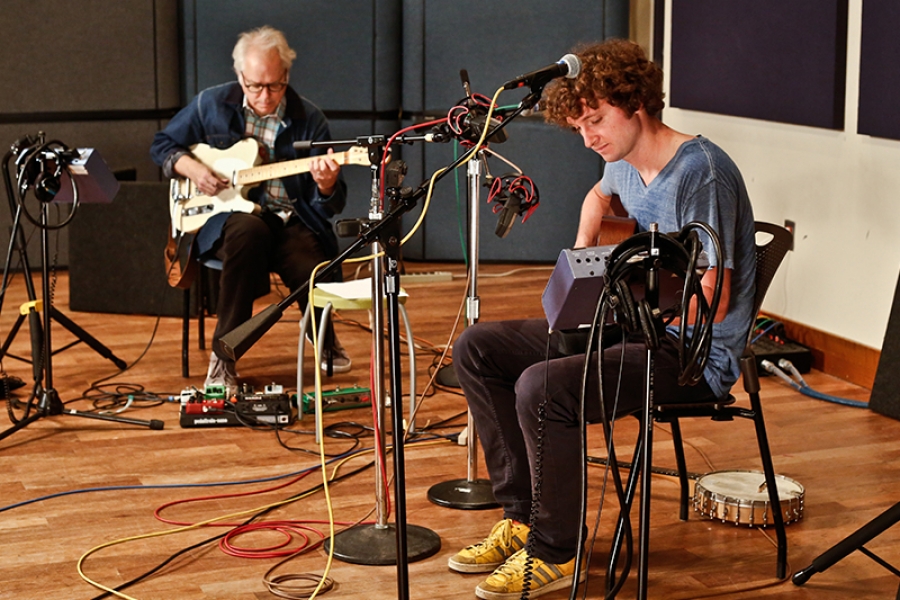 
Sam Amidon is a music recycler. He takes older songs, folk songs, and makes them into his own music thru rearrangement and sensitive performance. Originally from Vermont where his parents were folk musicians he now lives in London. Some of Sam’s re-imaginings come close to his other musical love, free jazz . He is joined on his new album Lily-O by the guitarist Bill Frisell. Both of these fine musicians are the studio today. The interaction and the conversation flows freely.

More in this category: « Foals Makes Changes In Pursuit Of Ultimate Creative Freedom Leyla McCalla Has The Capitalist Blues »
back to top
Site Map | Help & FAQs | Privacy | Contact | Playlist | Public Inspection File | Public File Help
Copyright 2020 WXPN-FM / The Trustees of The University of Pennsylvania, All Rights Reserved
XPN.org is made possible with the generous support of XPN Members and our Business Sponsors.