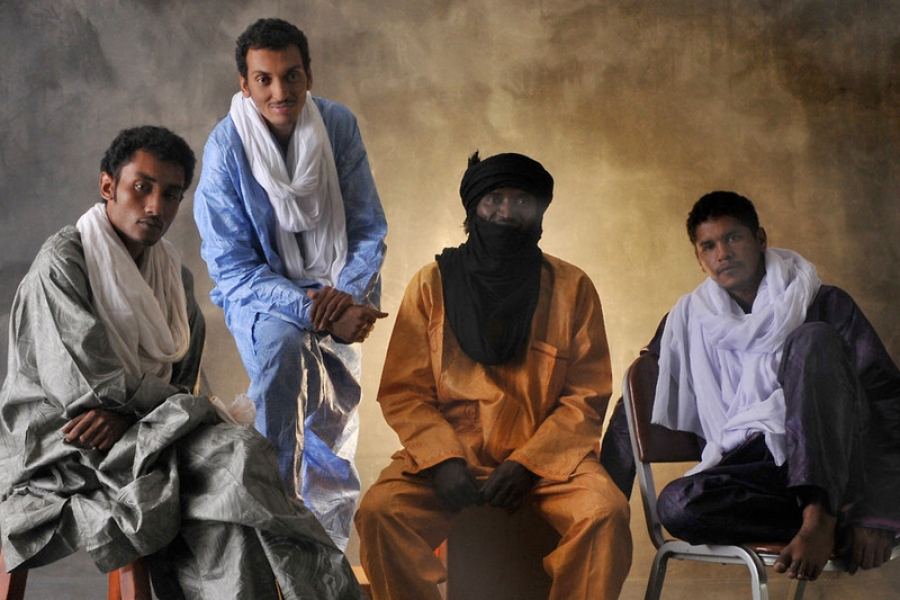 Our Vintage Cafe From 2013 Revisits The Dense African Rock of Bombino We replay a Vintage Cafe from 2013 today with the Taureg guitarist Bombino. He was born in Niger but had to flee the country twice due to political rebellions. On one of his stays in a refugee camp he was introduced to the guitar. For his second record, Nomad, released in April of 2013 he worked in Nashville with Dan Auerbach of The Black Keys. Bombino and Auerbach didn’t speak each other’s language but had a musical conversation that Bombino found refreshing. He talks to us through a translator about adjusting to playing for Western audiences and plays live in the studio.

More in this category: « Another Sky Gets Under Your Skin The Amazons Embodies The Classic Spirit Of Rock and Roll »
back to top
Site Map | Help & FAQs | Privacy | Contact | Playlist | Public Inspection File | Public File Help
Copyright 2020 WXPN-FM / The Trustees of The University of Pennsylvania, All Rights Reserved
XPN.org is made possible with the generous support of XPN Members and our Business Sponsors.