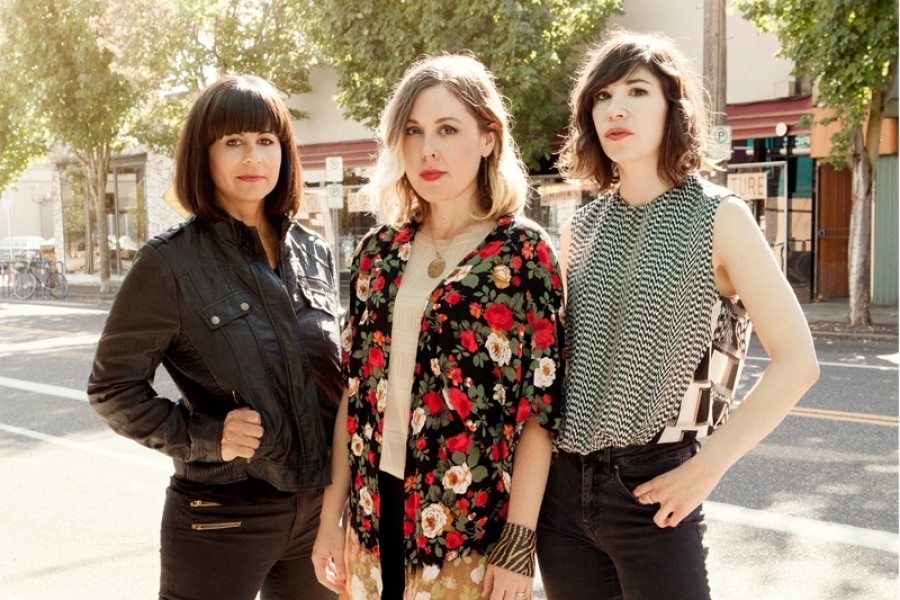 
One of the best received new albums this year has been the return of Sleater-Kinney and their album released in January called No Cities To Love. Today we are lucky enough to hear excepts from a recent Sleater-Kinney concert in Paris and to sit down with Corin Tucker, Carrie Brownstein and Janet Weiss to talk about their remarkable career from college in Olympia, Washington to where they are now. And that includes the hiatus the band took after The Woods album in 2005. Carrie has become the best known of the three through her work in Portlandia. She and Janet also visited the Cafe in the past as part of Wild Flag with Mary Timoney. “Unapologetic aggression” from Sleater-Kinney on the World Cafe.

More in this category: « Logan Ledger Weaves New Ideas With His Love For Classic Country Caroline Rose On 'Superstar', A Concept Album Recorded While She Gained Fame »
back to top
Site Map | Help & FAQs | Privacy | Contact | Playlist | Public Inspection File | Public File Help
Copyright 2021 WXPN-FM / The Trustees of The University of Pennsylvania, All Rights Reserved
XPN.org is made possible with the generous support of XPN Members and our Business Sponsors.