Listen
You are here: World Cafe //   Madisen Ward and the Mama Bear

Madisen Ward and the Mama Bear 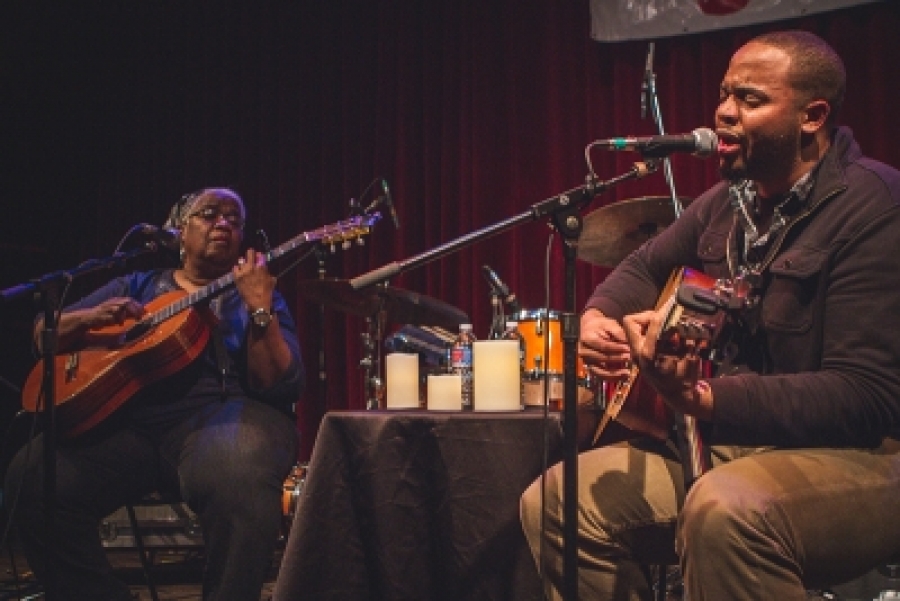 Mother And Son - Madisen Ward and The Mama Bear


Kansas City’s Madisen Ward and the Mama Bear are no overnight sensation. After performing around their hometown of Independence, Missouri for five years the bluesy folk mother/son duo got a couple of breaks in Nashville. They played for the annual American Music Conference and got to play live in the Blue Room at Jack White’s Third Man Records. They finally got noticed and now have their debut full-length Skeleton Crew out now. It all began when mother Ruth Ward played out live while Madisen was a child. He explains he must have absorbed her folk and blues in utero! We’ll talk with the effervescent duo and hear a set recorded live at this year’s Non-Commvention of public radio music people.

More in this category: « A Career-Spanning Conversation With Liz Phair Ethan Gruska's Musical Family Tree Goes Way Back »
back to top
Site Map | Help & FAQs | Privacy | Contact | Playlist | Public Inspection File | Public File Help
Copyright 2020 WXPN-FM / The Trustees of The University of Pennsylvania, All Rights Reserved
XPN.org is made possible with the generous support of XPN Members and our Business Sponsors.