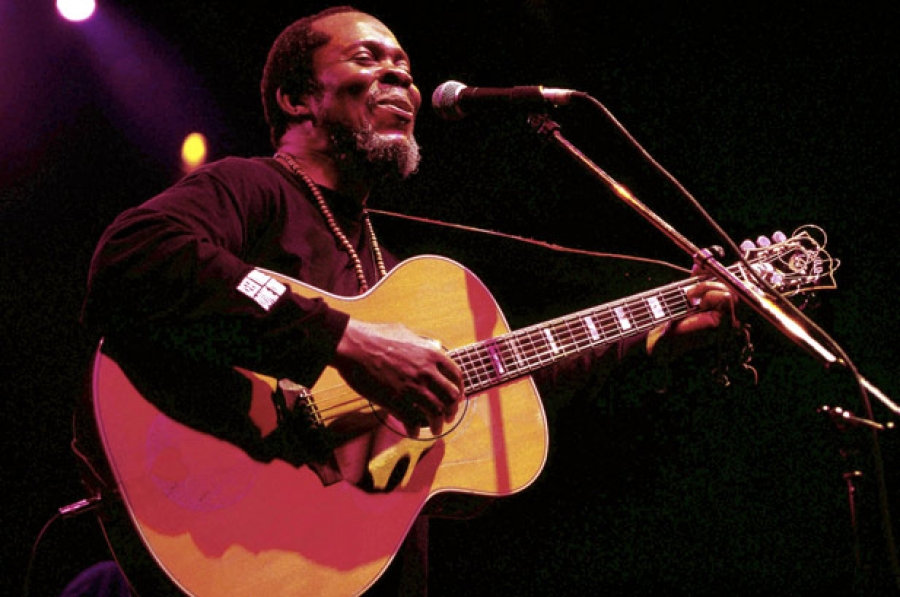 Terry Callier
Photo: courtesy of artist
Terry Callier passed away on Saturday so we are re-airing a portion of our 1998 interview with him on Friday’s show. David, this begins with him talking: “All of these things are gifts as far as I’m concerned…” You had just asked him about how he feels about songwriting, in particular with the song “Lazarus Man” (which he performs after giving his answer).
You need to give background info on who he was, say he died on Saturday October 27th, and that this was recorded in front of an audience at the Warhol in 1998 around the time he released Timepeace.

This also needs an out. You will need to backsell “Keep Your Heart Right”, say this was recorded at the Warhol in 1998 around the time he had released Timepeace and that Terry died on Saturday October 27th.

ADDITIONAL INFORMATION
I would check this out: NY Times


IN THIS INTERVIEW
Terry talks about how songs just come through him and that he sees his songs as a gift transmitted through him. He explains that he has made a living as a computer programmer to provide for his daughter. When Terry heard an interview with John Fogerty he heard him say that songs come through him, and then Terry felt like he could say the same thing. He explains what inspired the song “Lazarus Man”. He talks about coming up in the folk scene in Chicago and coming up there. He speaks about his popularity in England and briefly discusses how he ended up recording with Beth Orton. He then discusses his religious beliefs and how he draws from many different faiths and has studied world religions. He explains where his name came from. Finally he discusses what inspired the song “Keep Your Heart in the Right Place”.

Dulli and Lanegan recorded their take on "Live With Me" for a new Twilight Singers EP, A Stitch In Time, which provides a nice teaser for an album-length collaboration (as The Gutter Twins) later this year.

"I've been thinking about you baby / Almost makes me crazy / Come and live with me," Lanegan sings, his whiskey-soaked voice exuding characteristic menace. The tone transcends desire and enters — again, characteristically — into desperation: Over an ominous slide guitar, washes of electric guitars and a pulsing backbeat, the pleas get pushed into ever more unnerving territory, thanks to two great singers who know their way around it.

Listen to yesterday's 'Song of the Day.
Bruce Warren
http://www.npr.org/templates/story/story.php?storyId=6968519
Tagged under

More in this category: « Afghan Whigs Benjamin Gibbard »
back to top