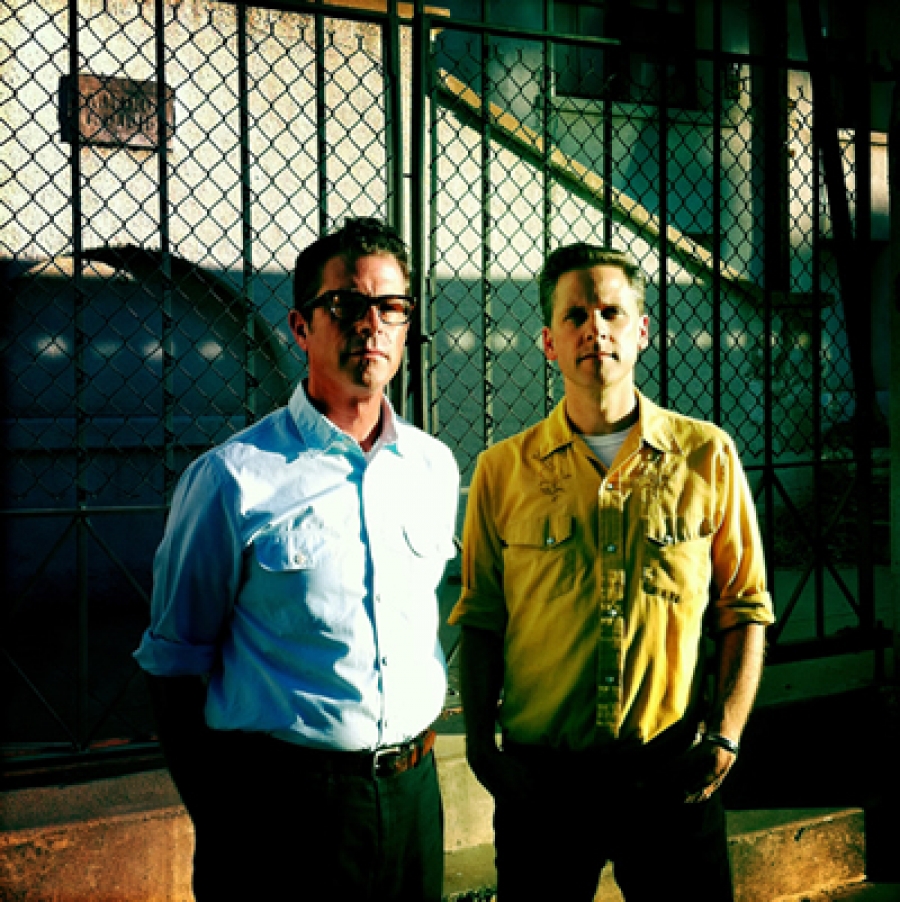 Calexico changed things up on their latest album Algiers. They moved out of their Southwest comfort zone and decamped to New Orleans to make the new record. Tune in to this session to hear Joey Burns of the band talk about how he and drummer John Convertino interpreted the Crescent City.


Background Calexico could very well be a genre in itself. The band is a mixture of Americana, Tejano, and indie rock music, giving the America’s country music heritage a little Latin persuasion. The stylistic combination is quite interesting, much like the band’s name, borrowed from a small town of about 40,000 civilians bordering the United States and Mexico.

The two main members, Joey Burns and John Convertino, began recording under the name Calexico back in 1996 in Tuscon, Arizona. The two released their first album, Spoke, in 1997. In this session, Burns and Convertino are joined by band members Paul Niehaus, Jacob Valenzuela, Martin Wenk, and Volker Zander. Since its formation, Calexico has produced seven albums, its most recent being Algiers, released September, 2012. In addition to collaborating with artists such as Willie Nelson, Iron & Wine, Victoria Williams, Roger McQuinn, and Nancy Sinatra, the band has also recorded a score of tour albums, soundtracks, and EPs.

More in this category: « Delta Rae Edward Sharpe and the Magnetic Zeros »
back to top