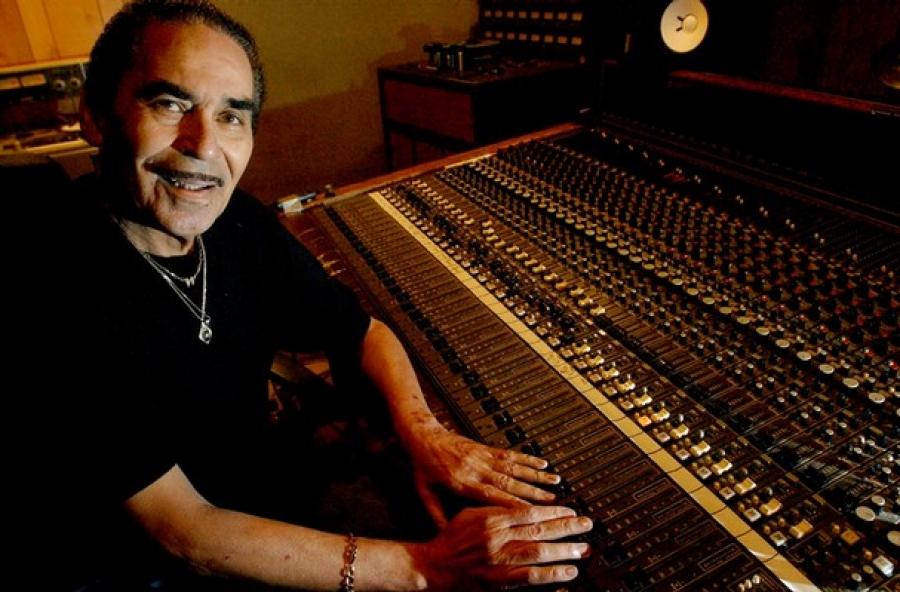 Willie Mitchell, in a June 14, 2004 photo, sits in the booth of Royal Studios
Nikki Boertman
It’s on to Royal Studio on our Sense of Place tour of Memphis today.

That’s where Al Green, Ann Peebles and others made some of the seventies most important soul music for Hi Records.

Most of that music was produced by the late Willie Mitchell. We hear a 2005 interview with Al Green – he tells the story of how Willie helped him find his voice. We also talk with Willie Mitchell’s son “Boo” who grew up at Royal . His dad told him “ Don’t turn Royal into a museum when I die.” He hasn’t. We have the pleasure of presenting the radio premier of a song from a brand new Boz Scaggs album called Memphis recorded this past fall at Royal. And R&B singer Cody ChesnuTT talks about recording his new album Landing On A Hundred at Royal using Al Green’s vocal mic.

More in this category: « Latin Roots: Helado Negro Robbie Robertson On World Cafe »
back to top