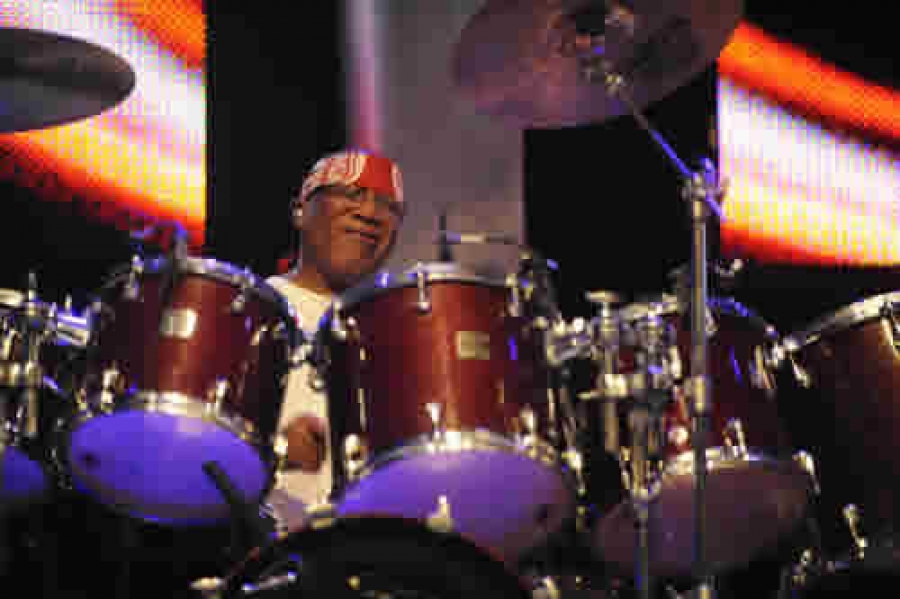 Billy Cobham
Courtesy of the artist
From his 1970s breakthrough as a founding member of the Mahavishnu Orchestra to his influential role as a leading drummer in the style of jazz and jazz-fusion, Billy Cobham remains a powerful musical explorer.

Born in Panama, raised in New York, and residing in Switzerland, Cobham’s multi-cultural experience translates over to his blend of jazz, rock, and funk extremely well. In addition to collaborating with artists such as Miles Davis, John McLaughlin, and the Brecker Brothers, Cobham has worked as a bandleader and composer, producing over 40 albums. One of his most notable works is his debut album, Spectrum, from 1973. Cobham’s most recent releases are Palindrome and Drum ‘n’ Voice 3, both of which came out in 2010.

More in this category: « Wanda Jackson Chris Thile And Brad Mehldau On World Cafe »
back to top