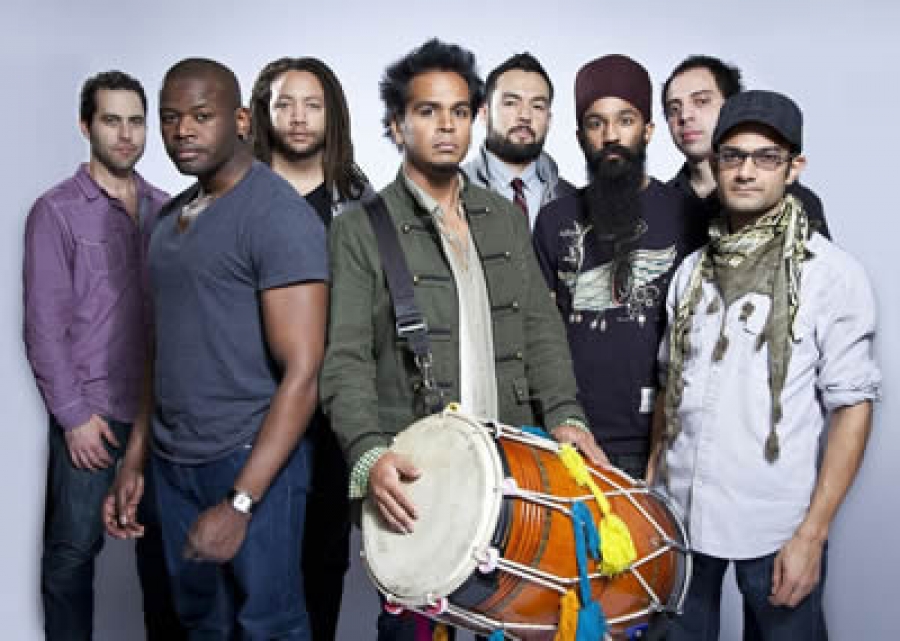 July 15, 2013 - At a Red Baraat show you may not even notice the music you are dancing and madly waving your hands and butt to is kinda sophisticated. The combination of Punjabi Banghra music, New Orleans style jazz, go-go and even hip hop is so seamless and the vibe of the party is so exuberant that barriers fall down.

That is what Red Baraat’s leader, dhol player and conceptualist Sunny Jain had in mind when he formed the band in Brooklyn in 2008. A jazz drummer, Sunny was inspired by the baraats, the wedding processionals he saw in Punjabi in India when he made a family visit. At the center of the baraat and Red Baraat’s music is the two headed dhol that Sunny plays. Joined by other drummers, horn players and even a guy on the sousaphone who raps, Red Baraat’s acoustic sound emerged. The band’s latest album is called Shruggy Ji