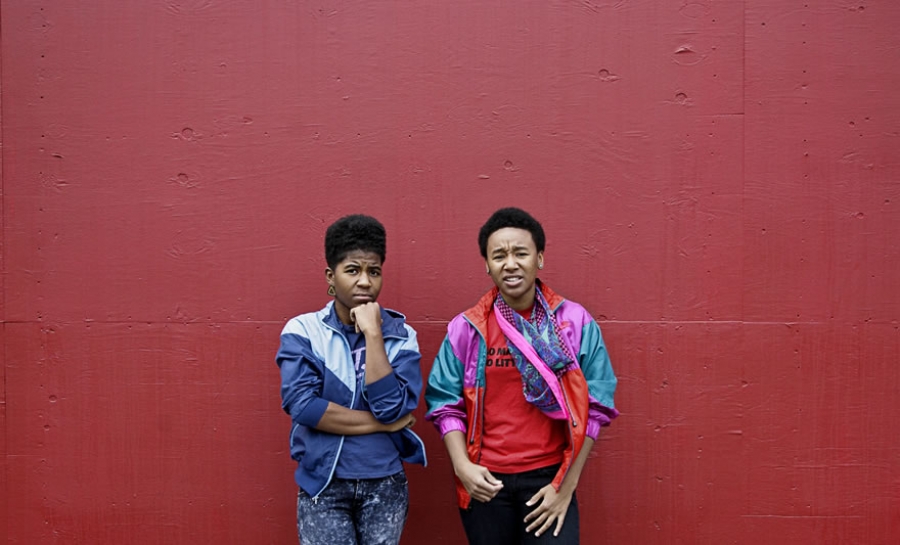 Somewhere between soul and rap lies a niche filled to overflowing by the dynamic voices of Stasia Irons and Catherine Harris-White.  Together, rapper Stasia ("Stas") and vocalist Catherine ("Cat") comprise the avante-garde hip-hop duo THEESatisfaction. Based out of Seattle, Washington, THEESatisfaction is a relatively young band with deep roots in the Black community.

In 2011, Stas and Cat made a guest appearance on the Shabazz Palace album Black Up and were approached by current label Sub Pop Records soon thereafter.

Sub Pop helped drop THEESatisfaction's debut album, awE naturalE, in March 2012.  The 13 song album clocks in at under 30 minutes - with intro "awE" just under a minute long - evidence that the hip duo are uninhibited by any genre norms. Black/LGBT social awareness pervades the album through innovative lyrics, especially in "Deeper" and album highlight "QueenS".  Overall, the songs are in the tradition of early '90s groove, updated with rap, jazz, and soothing West Coast attitude.  And although they have kept the afros of that tradition, Stas and Cat have (fortunately) updated their wardrobe since that era.

Set List:
SISTA YA BEEN ON MY MIND
GAME, BLOUSES
NEEDS
NATURALE

Tagged under
More in this category: « Family Band David Crosby On World Cafe »
back to top