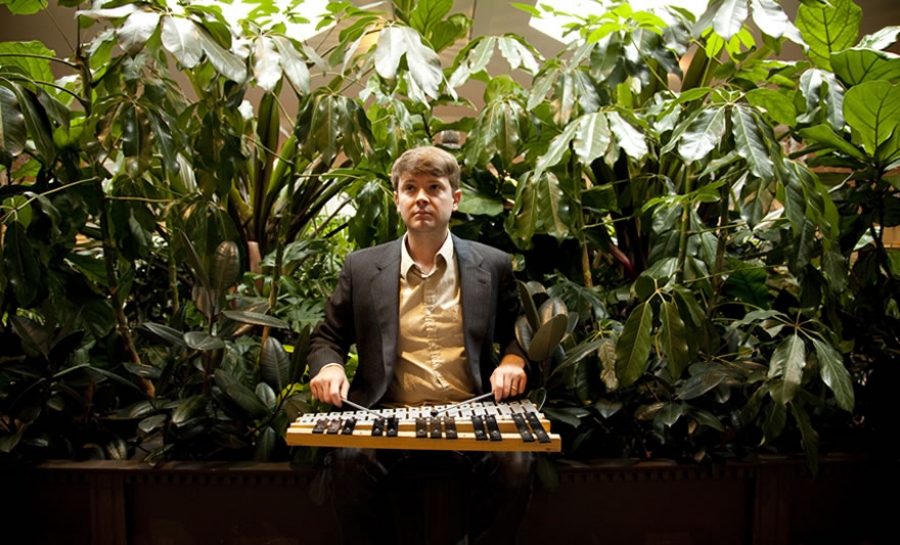 Kelly Pratt is no amateur to the music world. The multi-instrumentalist has been recording and touring with bands such as Coldplay, Arcade Fire, LCD Soundsystem, and Beirut since 2006, but recently stepped into the spotlight after forming the indie rock band Bright Moments. Pratt started writing while on tour and first released a solo disc in 2008 under the name Team B, but was restricted to whatever he could accomplish on his laptop on the road.

Wanting to make music without the limitations of a tour schedule, Pratt formed the solo project Bright Moments. By winter 2010 he was recording by himself in his Brooklyn apartment and later recruited musician friends from Beirut, Spoon, and Akoya Afrobeat to aid in recording and production. The result is Natives, released in February 2012 on Luaka Bop. The album is a fusion of electronic and indie folk rock and, as a result of his career as a touring musician, many of the songs on the album have to do with traveling. The album premieres Pratt’s songwriting and vocal efforts, as well as showcases his renowned brass and wind instrumentals.

In this interview WXPN’s David Dye sits down with Pratt and discusses the new album, his inspiration for certain songs on the album, and where the name Bright Moments came from.