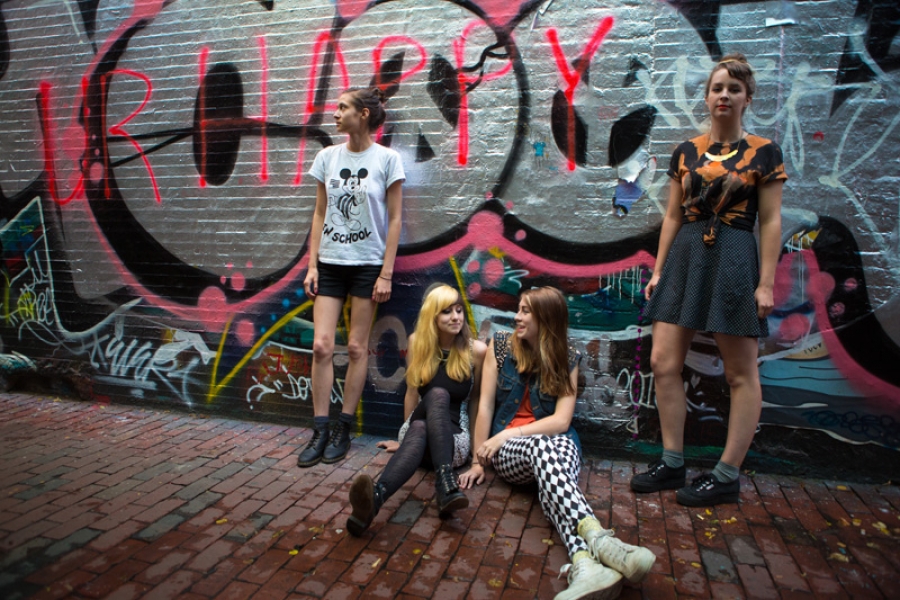 January 29, 2014 - Our guests today, the all female band Potty Mouth, formed in Northhampton, Massachusetts in 2011.

They released a vinyl EP in 2012, and last year put out a full length called Hell Bent. Even though they took their band name from the title of a Bratmobile album they don't necessarily share the political agenda of the Riot Grrrl bands. What they do share is the volume and eager youthful enthusiasm of punk. They are definitely among the loudest bands to play in our studio ever!