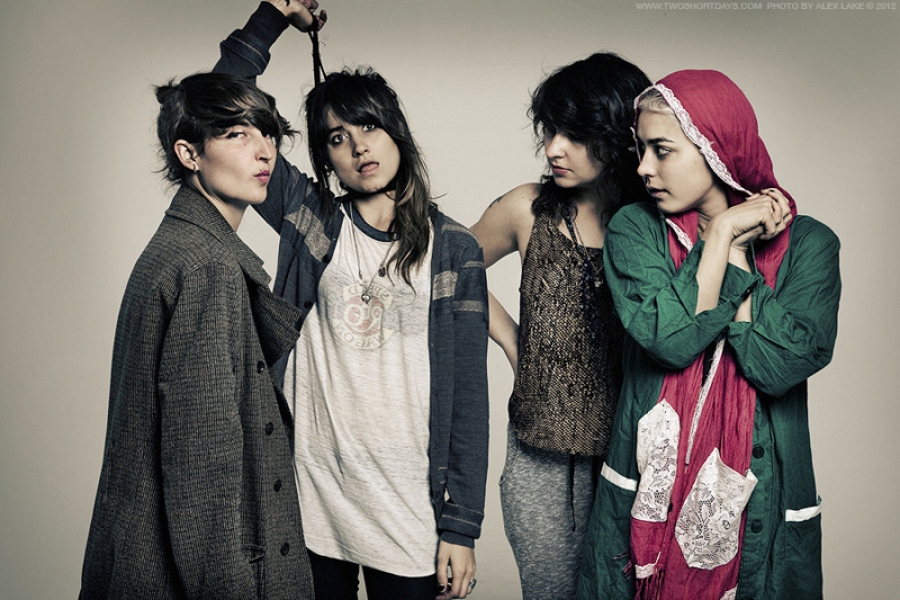 Photo by: Alex Lake
How Drummer Stella Mozgawa And The Women of Warpaint Found Their Groove


February 6, 2014 - It has been four years since the four women of Warpaint, Jenny Lee Lindberg on bass, Emily Kokal and Theresa Wayman on vocals and guitar, and Stella Mozgawa on drums, released their very successful debut The Fool. But when you consider it took them five years, after forming in 2004, to release their debut, they are right on schedule. This album is the first on which drummer Mozgawa, the newest member of the band, has been part of the creative process all the way through. The foursome learned a lot from touring, and stripping the songs to their essence was the big takeaway. That and listening to a lot of hip-hop has helped to bring the rhythm section to the front as you will hear in our live set. We will chat with the woman responsible for much of that, drummer Stella Mozgawa.

More in this category: « The Dream Syndicate On World Cafe Janiva Magness »
back to top