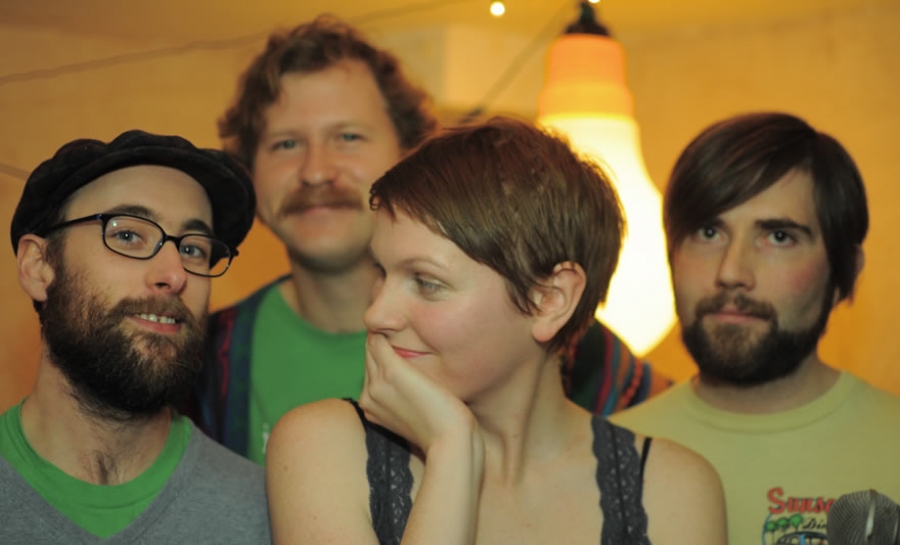 Allo Darlin' assembled in 2009 under the guidance of front woman and songwriter Elizabeth Morris.  Within a year of Morris teaming up with band mates Paul Rains, Bill Botting, and Mikey Collins, Allo Darlin’ released its first album on Fortuna Pop. It was met with critical praise, and the group embarked on a two-year tour.

Allo Darlin's sophomore album, "Europe," is clearly influenced by life on the indie pop circuit.  The album is packed with songs about missed connections, strange cities, and references to long car trips with old cassettes.  In today's episode of World Cafe, the group discusses the challenges of creating “Europe” after two years on the road. Morris speaks about the pressure of having a fan base and the expectations she felt in writing new material.  The band also speaks about their "disastrous" European tour, so called because of trouble acquiring necessary visas.  Yet, in the end, Allo Darlin’ found a way to make Europe and “Europe” into unpredictable, endearing pursuits-- the stuff of indie rock dreams.

Tagged under
More in this category: « Polica First Aid Kit »
back to top