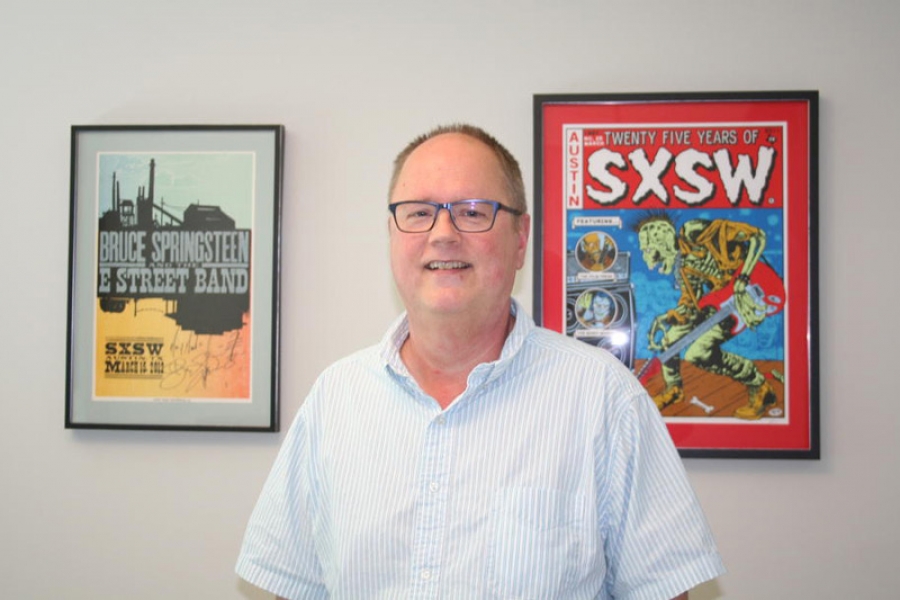 
Roland Swenson is the Co-Founder/Managing Director of the South By Southwest Music Festival. The idea for the festival first began in 1986 when organizers of the NYC New Music Seminar contacted Swenson, then a staffer at the alt-weekly paper The Austin Chronicle, about organizing an extension to their festival in Austin. After the plans fell through, Swenson and others went ahead planning an event themselves and the first SXSW Festival began in 1987. Today Roland reveals they only expected 150 people for that first SXSW. The festival has been at the cutting edge of utilizing technology and multimedia to expand its outreach and to attract more guests from outside Austin to attend the festival. Today it is the largest music festival of its type in the world with more than 2,200 performers in over 100 venues. It has also become the highest revenue-producing event for the Austin economy, and in many ways it has put Austin on the map worldwide for music, even though it was once considered to be a smaller market outside the top 20 major markets. We’ll talk with Roland about the event’s history.
Tagged under
More in this category: « World Cafe Nashville: Joshua Hedley Dr. Demento And John Cafiero On World Cafe »
back to top