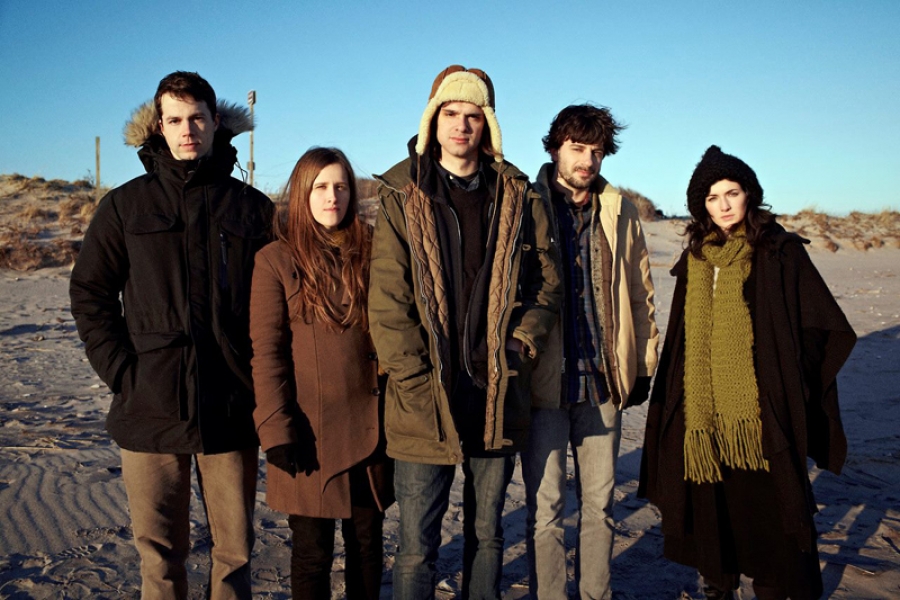 
April 7, 2014 - We are very happy to present Dirty Projectors debut appearance on the Cafe from 2009 as our Vintage Cafe this week. The band is led by Dave Longstreth, a New Haven townie who went to Yale. He studied music and then dropped out to pursue his ideas with what became Dirty Projectors in 2003. Each Dirty Projectors project is quite different and the album they released in 2009, Bitte Orca, is considered their most accessible although it is in no way watered down. It received many Album of The Year accolades at the time. Pay particular attention to the complex vocal arrangements from the band’s three female singers in our session today.

More in this category: « Broken Bells Paul Cebar »
back to top