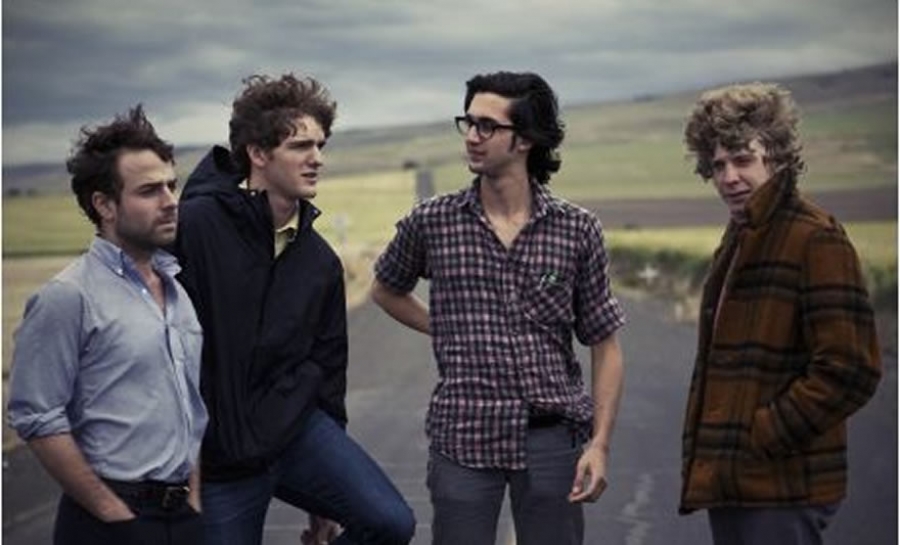 Dawes began as another musical group was ending.

With the departure of Blake Mills from the post-punk outfit Simon Dawes, and name change and genre switch created the folk rock outfit that's been centered in the Laurel Canyon sound. (Laurel Canyon is situated in the North Hills area of LA, and many on the roster of artists coming from this space cite deep influences such as Neil Young and Crosby, Stills and Nash.) Their debut was recorded in a live session, directly to analog, in Laurel Canyon, and included multi-instrumentalist Pat Sansone (Wilco).

Two years after their acclaimed debut, "North Hills", Dawes have released their rewarding follow-up, "Nothing is Wrong". Playing a brand of rock and roll in the same vein as Tom Petty, The Band, and Bruce Springsteen, Dawes combines introspective songwriting with talented instrumentation to create a sound that is at once nostalgic and immediate. Having recently performed as Robbie Robertson’s backing band, Dawes have already gained a respect in the music world that takes most bands five or six albums to accrue. What makes "Nothing is Wrong" so interesting is that the songs were all written while Dawes was on the road. As such there is a distinctly live, organic quality to the track. That is, the band really meshes well, with tasteful bass, steady percussion, hypnotic guitar, and sparkling keys complimenting each other perfectly. "Nothing is Wrong" proves that their fantastic debut was no fluke, and that Dawes will be a band to
follow for a long time.

Dawes is currently touring with Blitzen Trapper, co-headlining a number of fall dates. Stops are throughout North America, and include DC, San Diego, Dallas, and Vancouver.


Set List:
IF I WANTED SOMEONE
MY WAY BACK HOME
SO WELL
FIRE AWAY

More in this category: « David Bromberg Dermot Kennedy On World Cafe »
back to top