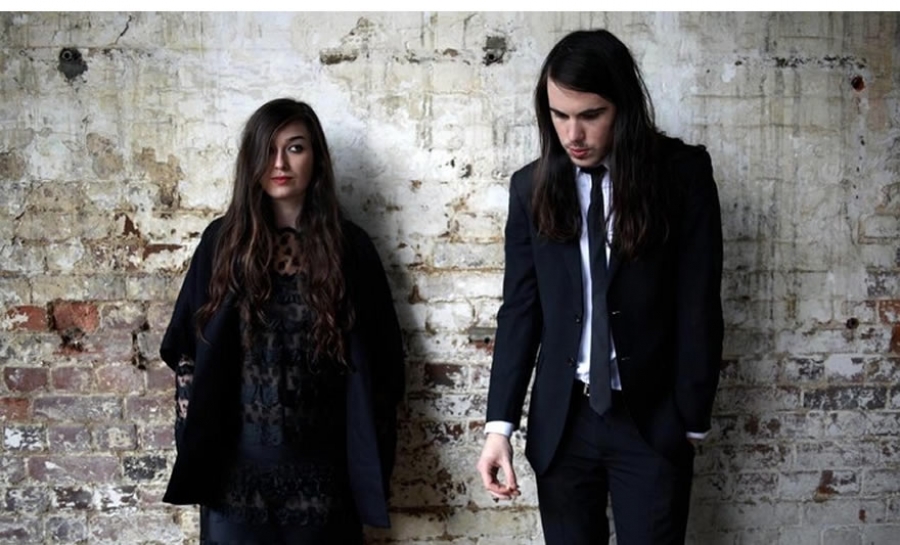 Today on World Cafe is one of XPN's Artist(s) to watch for July! Cults had a bit of a fairy tale beginning, and their quick rise speaks volumes about the allure of their music.

Brian Oblivion and Madeline Follin have been together as a band and a couple for just about a year now, and they've commemorated with an eponymous debut. Oblivion and Follin met as students at NYU, and began to make music in their spare time. After the two posted a three-track demo on the popular indie music website Bandcamp, they began to get some serious buzz--in fact, the song "Go Outside" was labeled by Pitchfork as 'Best New Music'. Within a very short time after their initial viral success, Cults were picked up by major label Columbia and featured on NPR. It's rare that a band reaches the spotlight in so little time before actually releasing an album, but Cults did it. And going by the recent reception of their '60s pop collection, it seems like this little-band-that-could out of New York is not leaving any time soon.

"Cults" has already received another 'Best Music' label from Pitchfork for the sinister yet sweet flavor of its 11 pop-infused tracks. The sunny vocals of Follin throughout the release can easily take a turn for something darker and edgier that obviously has more to do with the idea of cults. With the raspy, modern guitar riffs of Oblivion, the quick-changing pace of drum beats, and the glockenspiel-y reverb, this is a mesmerizing release--mysterious, cute, and dysfunctional all at once. Oblivion adeptly describes their music on a recent NPR interview as "cautionary and romantic", taking inspiration from the "ambivalent, fascinating feelings with the concept" of a cult. Cults successfully transcended from Internet notoriety into real life with this release, which has charted in both the UK and Canada. After adding to the lineup, Cults is touring the rest of the summer in North America and Europe--including a recent stop at World Cafe for the Free at Noon. This is a group with a captivating sound, whether in headphones or on a stage.

More in this category: « Dawn Landes On World Cafe The Black Angels »
back to top