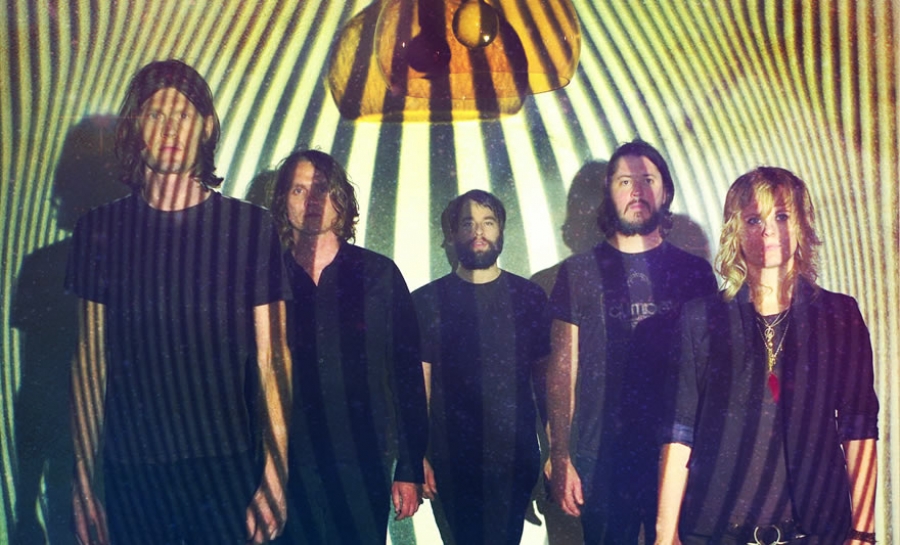 Playing a brand of neo-psychedelia that brings to mind images of anyone from The Velvet Underground to The Brian Jonestown Massacre, Texas-bred The Black Angels are one of the more interesting and authentic acts in today’s music scene.

They came together in 2004, taking their moniker from a Velvet Underground song, and began to build their reputation by contributing to a psychedelia compilation from Northern Star Records. They also began to tour with the likes of Roky Erickson, The Black Keys, and The Raveonettes, as well as appearing at Lollapalooza and SXSW. Their first two albums were well-received for their dark lyrics and groovy vibes, and The Black Angels are back with another offering in the same direction.

On their third and latest album, "Phosphene Dream", The Black Angels deliver an eerie sort of psychedelia, with song titles like “River of Blood’ and “Bad Vibrations” serving as immediate proof. With a maze of guitar, keyboard, bass, and drums, The Black Angles serve this concoction of deliciously sinister rock and roll with surprising precision and swagger. Add in a healthy dose of Animals-esque blues, some ghostly fuzz and feedback, and hypnotic 60’s grooves, and The Black Angels sound like an updated Lou Reed project.

"Phosphene Dream" debuted on the Billboard Top 200, and got some pretty great reviews from the like of Pitchfork for its tight songwriting and genre-hopping. The Black Angels are currently on an international tour, with stops in France, New York, Japam, and Ireland, to name a few.

More in this category: « Cults Alexander Ebert »
back to top