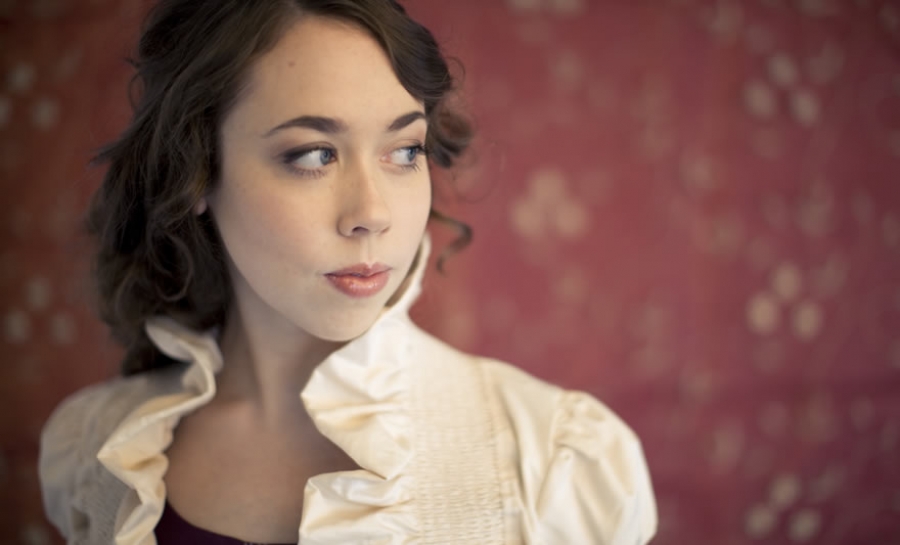 Sarah Jarosz may only be 20 years old, but this Americana bluegrass darling has been shaking up the stage for a few years now.

Since the release of her debut album, the multi-instrumentalist and songwriter has earned three Austin Music Awards and nominations for a Grammy and Americana Music Award, all while attending Boston's New England Conservatory for contemporary improvisation. Though the southern talent has a lot on her plate, she drives through it all with mandolin, clawhammer banjo and guitars in hand...not to mention incredible poise.

Sarah starting jamming with David Grisman and Ricky Skaggs on stage when she was 12. Named a bluegrass prodigy, she played up to eight different instruments on her latest album and demonstrates a surreal grasp of songwriting. With unravelling storytelling or homages to poets such as Edgar Allen Poe, her words are planted with precision but never feel unnaturally forced. Perhaps that's because her sweet golden voice travels so effortlessly, emerging from cherished traditions of yesteryear; it's a quality that has resonated with the palettes of young and old.

Her second album "Follow Me Down" continues to outperform expectations, but this time around she takes a chance with contemporary approaches. New influences have impacted her approach to music and she takes a stab at the modern, even covering Radiohead's "The Tourist" with the Punch Brothers.

Hear her play live, including songs from her new CD.

Tagged under
More in this category: « DeVotchKa On World Cafe World Cafe Nashville: The War And Treaty »
back to top