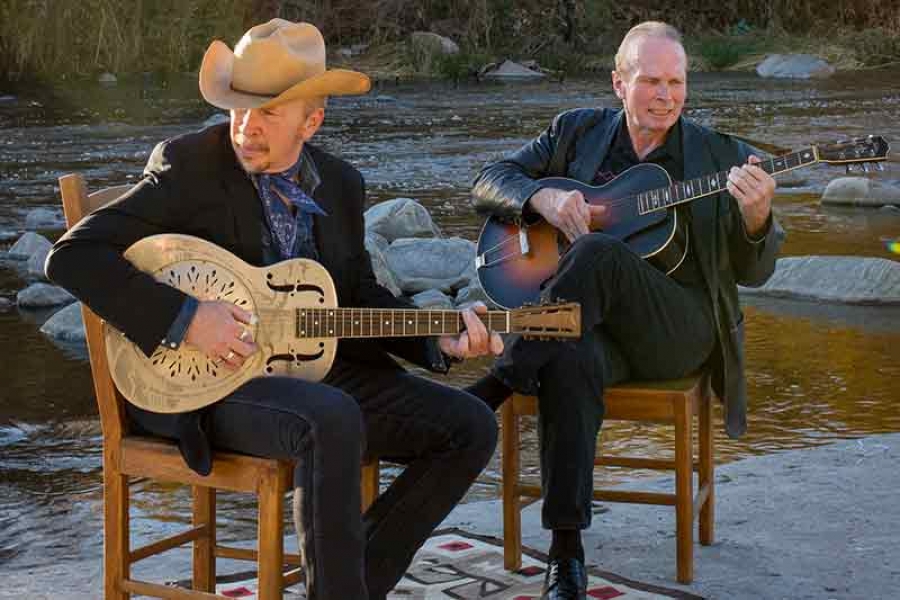 
Any Blasters fans out there? I mean the original LA blues influenced band with brothers Dave and Phil Alvin that formed back in 1979 ? Well then you know how unlikely it has seemed that the two brothers who formed that band and then split up, Dave and Phil Alvin, would ever play together again. Their often contentious relationship seemed too much to overcome. It has been 30 years but Dave and Phil found something they agree on and have now recorded Common Ground a tribute to Big Bill Broonzy. They are here to play the music of the bluesman and performer whose career spanned the 30's through the 50's. It's a fabulous performance of some still timely music with Dave and Phil Alvin.

More in this category: « London Grammar J. Mascis On World Cafe »
back to top