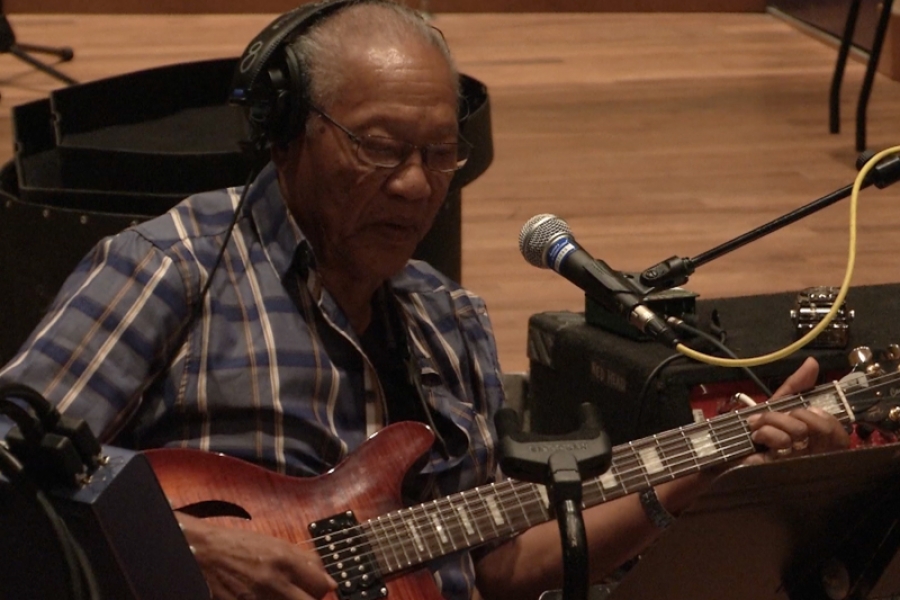 Ernest Ranglin – Jamaican Guitar Genius Plays Live For Us At 82

We are honored to have the eminent Jamaican guitarist Ernest Ranglin on the Cafe today. Ernest was born in 1932 and was there at the start of the Jamaican music scene. There is much evidence that it was he who turned the beat around and invented ska, the building block of reggae and all Jamaican music that that has come after. Ranglin is not only an extremely inventive guitarist but has been an on-call arranger since his youth. He produced reggae's first world-wide smash "My Boy Lollipop" by Little Millie Small in 1964. His 1996 album for Palm Pictures Below The Bassline is a classic. His new album, recorded with Avila, who are with us today, is called Bless Up and was produced by Tony Mindel who is on second guitar. At the time of this session Ernest had just turned 82.


Video shot and edited by Andy Davis with editing assistance from Rich McKie.

Tagged under
More in this category: « From The Lumineers To 'Rattlesnake' Kate, Neyla Pekarek Goes Solo More Than 50 Years In, Mavis Staples Is Still Delivering Messages Of Hope And Justice »
back to top