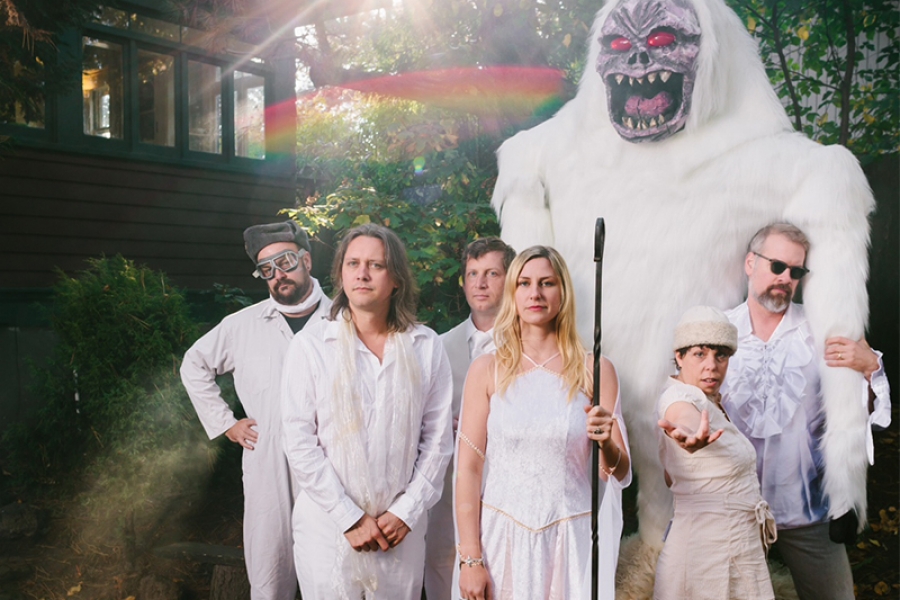 Photo by: Jason Quigley / Courtesy of the artist


Any Decemberists fans out there? Then you will be happy to know that the band has a new album just about ready, ending lead singer and writer Colin Meloy’s hiatus. That will undoubtedly put a crimp in the touring schedule of our guests today, Black Prairie. The Portland based band, who recently released their third album Fortune, are made up primarily of the "other" members of The Decemberists. Chris Funk and bassist Nate Query formed the band in 2007 with other Decemberist members joining up as well. The idea was for everybody to stretch their musical muscles by, among other things, trying other instruments. The new album Fortune is a break from the band's primarily instrumental sound with vocalist Annalisa Tornfelt taking more of a role in writing as well as singing.

Session Setlist
The 84
Animal Inside
Let It Out

More in this category: « With A Big Pop Sound And Sticky Turn Of Phrases, The Beths Are Taking Over Foals Makes Changes In Pursuit Of Ultimate Creative Freedom »
back to top